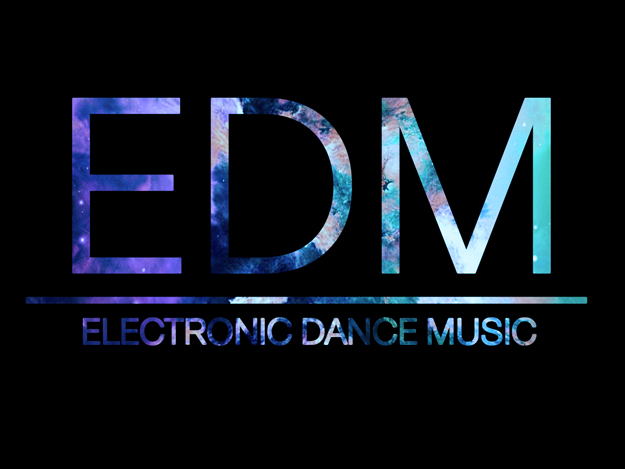 1) Ticket prices.
The prices to see a show have gone up astronomically in the past few years. To see a decent DJ general admission, you are looking at minimum $40 plus a service charge. We remember seeing Afrojack in Montreal over 3 years ago for only $17. The price of a festival is anywhere from $300-500 for three days, which is a week of work for some people. Pasquale Rotella, founder of Insomniac Events, had this to say:

‘These events cost more and more to produce every year. Insomniac has produced events that have sold out and we’ve lost money – more than once. Many times the budget goes up when it’s only days before the show and beyond our control. So much goes on behind the scenes. So many challenges! We offer much more than other festivals and their prices are often higher. I can’t produce these events for $50-60 tickets, it’s just not possible. Artist costs have gone through the roof. Police and safety costs keep going up. I can’t compromise the integrity of the production and environment to compensate. I’m a raver and know what you are talking about, but this is bigger than me. All I can do is keep doing my best and what I love.’

Deadmau5 just went on a rant about how he will never play in Miami (Space) again due to kids in VIP texting and not even paying attention to the show, the real fans being left out because they can’t afford to even see the show, which is spot on. Space then responded, which you can read below. He then announced a free show at the Ice Palace. 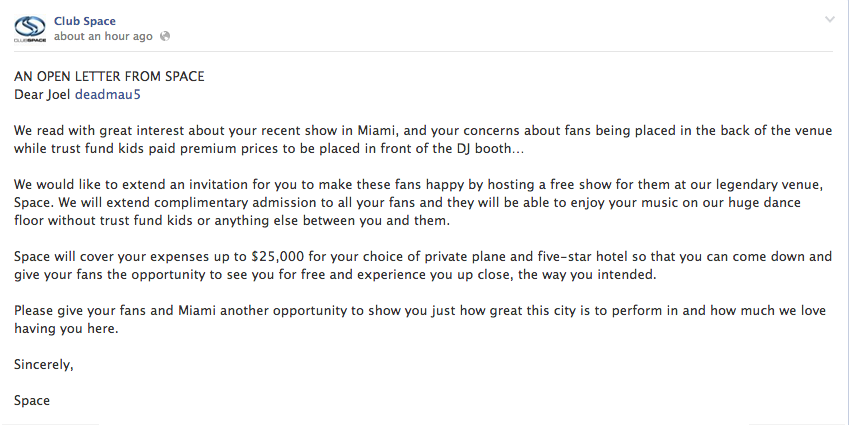 2) The audience.
If you look at fans who attended raves pre 2010 compared to now, you will see a big change. You have a lot of kids going just for ‘molly’ and a lot more juiced up muscle heads who don’t know the difference between Tim Berg and Avicii. It used to be a lot more about everyone just getting away in an underground scene with their friends, now to mainstream festivals with ‘Have you seen Molly?’ shirts.

3) Recreational drugs.
We all know the issue with this, ‘molly’ being the focal point of EDM. Whether it’s on people’s shirts, hats, DJ’s songs. It is publicly spoken about through the PLUR community and has been abused by teenagers at EDM shows throughout the world. There have been overdoses that have literally shut down festivals (Electric Zoo), venues (Roseland Ballroom, Sullivan Room), and have caused an outrage within mainstream media.

4) DJs becoming ‘celebrities’
Private jets, mansions, Lamborghinis. Just a few of the things that are common for a top DJ these days. With the ridiculous amount of money their management charges for a show (up to $200,000), these guys are making a killing. It used to be very easy to get in the booth or on stage, but now you need a lot of money or know some very high up people. These guys are featured all over the world and filling thousands of seats for shows now. Calvin Harris made $46 million in 2013. Wow. Tiesto is partnered with Guess, Avicii with Ralph Lauren’s Denim & Supply Line, Zedd with Bud Light Platinum. The list goes on because these faces are more recognizable than previous years.

5) Popularity due to amount of social media likes.
Popularity is now due largely to the amount of Facebook likes or Twitter followers. Some DJs get booked purely on how many followers they have, not their talent. Everything is promoted through Facebook, Twitter, Instagram and so on and so forth. It has become less about talent, and more about social media reach ($$$$$).

6) Deep House/Tech House is starting to become much more prevalent.
Especially in the States, where in the past party-goers had to find warehouse parties for the proper experience. It’s becoming so popular that even Coachella has a star-studded house lineup. Take Disclosure for example, creating music in between chillout and heavy big-room drops. This goes along with versatility. With more fans, more music will be listened to, and some genres of EDM will be created that we never knew could exist.

7) More production-based tours.
Sensation, Krewella’s ‘Get Wet’ tour, Zeds Dead ‘Altered States’ tour. These tours now come with 3D experiences, ridiculous sound and lights, and are more an overall experience than just seeing the DJ. We know Deadmau5 always had a great show, but now it is becoming more of a ‘show’ rather than just going to listen to your favorite producer/DJ. Heck, with ticket prices so high, you can’t blame people for that. Morgan Page’s MPP3D tour is the definition of this, which you can see below.

8) Actors trying to be DJs.
You have heard it before, an actor or actress trying to be a rock star. Kids wanting to grow up and be rock stars. Now you see these people dropping out to DJ, and kids wanting to be in the booth, not with a guitar or microphone. We all know the story of Paris Hilton and the fact she claims she is one of the top 5 DJs in the world. Take that in for a minute. You also have Justin Bieber saying he wants to DJ/produce as well. Kids these days envision themselves being in a DJ booth, with numerous videos on YouTube of children starting as young as four years old!

9) The transition from rap to EDM in popularity.
Go back ten years. Rap ruled the popularity within ages 14-30, much different than now. When you talked about music, it used to be who is your favorite rapper, now it’s who’s your favorite DJ? With so many popular genres of EDM, a wide variety of fans are immersed in the music. DJs play in major arenas (Armin at MSG)(SHM everywhere), festivals bring in over a hundred thousand guests, and MILLIONS tune in on YouTube to watch them live. What is it about EDM that really captures people?

10) PLUR is still here.
The one thing that hasn’t changed is PLUR. Peace, Love, Unity, Respect still exists in dance music. You may have to be in the right place at the right time, but that slogan is still there. The only type of music where you can let go and feel free, forget about everything around you, and be around the happiest people. Consider this a different hippie generation, whatever you want, but the beauty of the music is well and alive. Is it because the world we live in is not so nice, and with the internet people see bad things everyday, hate, and the reality that you won’t be rich and famous? Can someone go to a festival and get away from all those harsh realities? Yes, they can. 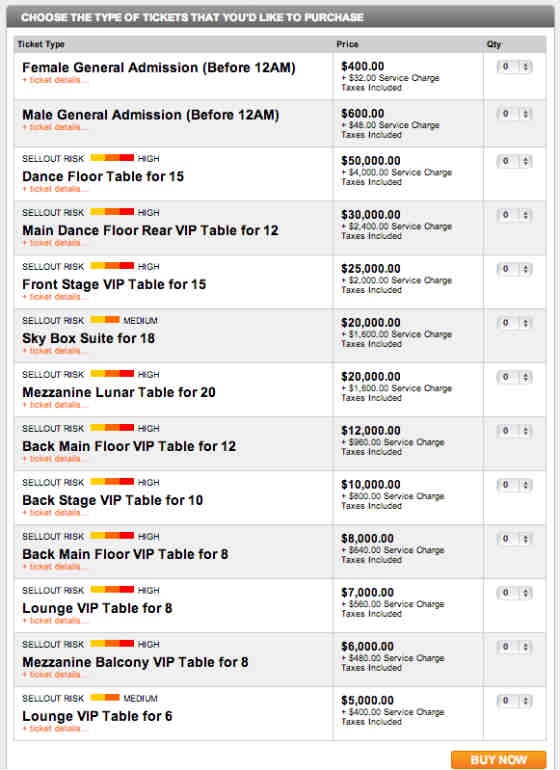 Over the past year, Bass Fueled Mischief have been bringing some of the hugest names in bass to NYC including Chase & Status, Designer…