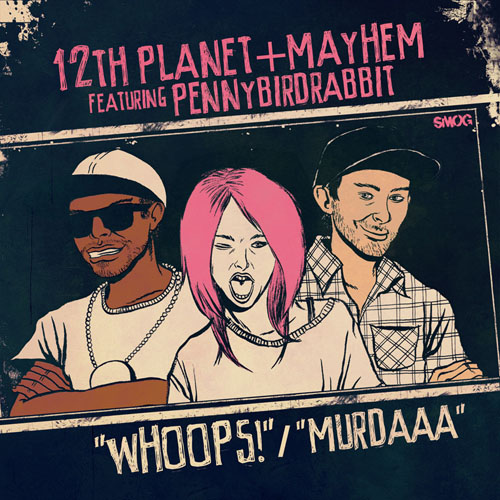 12th Planet is well known for his skilled production of dubstep. Outstanding representations of this prowess are 12th Planet’s collaboration with Antiserum for ‘Bass Salt’, or 12th Planet & Flinch with ‘The End Is Near Pt. 1’. Prior to that, under the previous moniker of Infiltrata, he produced drum and bass. It is widely known that he is a master at bringing intensity and fuel for hard hitting beats. Therefore, it comes as no surprise and is quite welcome that he has ventured into the trap realm to create more deep and heavy tracks. In his most recent endeavor, 12th Planet teams up with Mayhem for ‘Murdaaa’, which satisfies the trap aspects while operating under a developed trap undertone with a thumping bass. They tastefully sprinkled vocals on the track for an anthem that makes it irresistible to wobble to.

Missed the rave in the desert? Check out Hardwell’s set from EDC Las Vegas, full of bombs and Hardwell originals. DJ SET: Hardwell @…