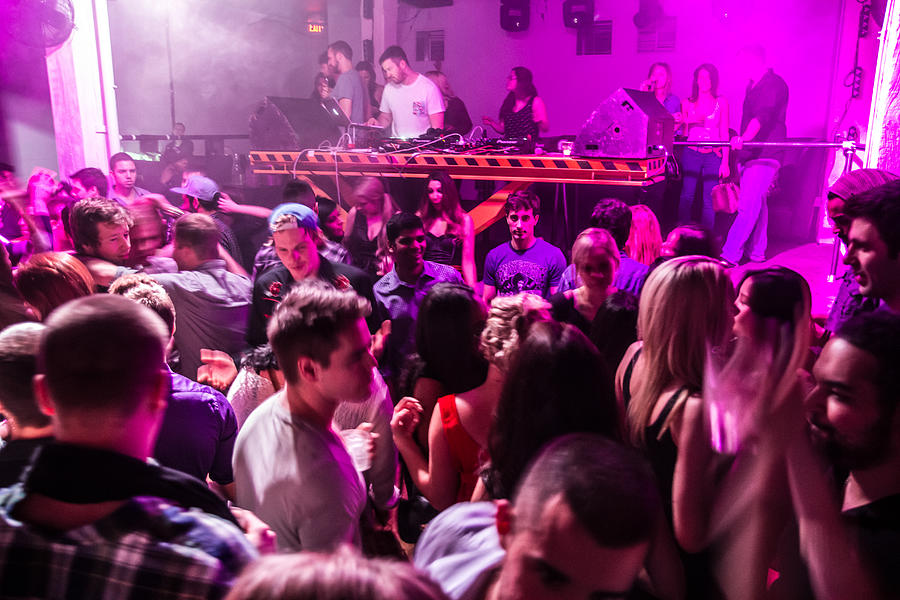 Since we are pretty much at the club every weekend, whether it’s hanging with DJs or with our friends, we decided to give you a list of fourteen types of people you see in the club. You may go to the club to see your favorite DJ, for a friend’s birthday, or just to drink and have a good time. Just as the most accredited DJs play at clubs all over the world, there are always those certain types of clubbers you see everywhere. We would love for you to add your opinions to this and comment below!

1) The promoters
You all know that annoying guy or good-looking girl who comes over asking for your number to get on the list for exclusive invites and blah blah blah. No.

2) The bouncer with “the list”
This guy. The big, bad bouncer who thinks he is the man because he has a list and decides who gets it and who doesn’t. We all hate that guy… except, perhaps, when we are actually on the list and then get to cut the line. Slightly hypocritical, I know. 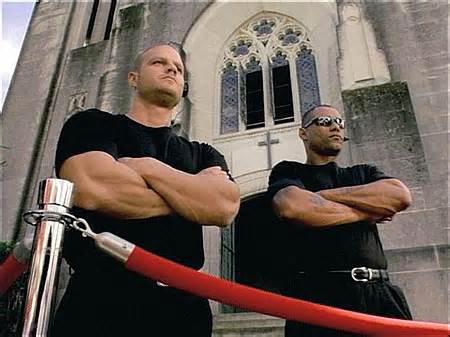 3) The song requester
There is nothing worse than that person who keeps trying to yell to the DJ to play their favorite song. They have no respect for a set and the DJ has no respect for this person. You will never get your song played unless you go home and practice on a daily routine to become a DJ and ultimately headline a club.

4) The guy wearing a suit
There is always this one guy wearing a suit. What’s the deal with your suit, dude? Did you not have enough time to go home and change or bring clothes with you after work? Are you trying to impress someone? Who wants to be in a suit in a crowded nightclub where you are most likely going to be drinking and dancing? Sweat city.

5) The untouchable girl
That one girl who is undeniably a 10. You tell all your friends you are either going to marry her or take her home for the night, but you get too scared to even go up to her- along with every other guy in the club. She is never approached because she is just out of EVERYONE’S league.

6) The juiced out meat-heads
This is all too common in the Northeast. The steroid injected, fake tan, Armani-wearing juice heads. These are the guys that have no clue about dance music, throw their fist up in the air, and wear way too much cologne. They are a manifestation of insecurity and a downfall of our society… oh, and they appeared on the Jersey shore for many years. 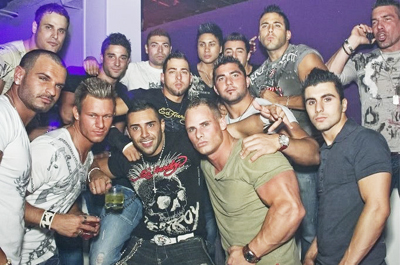 7) The ‘oh my god I love this song’ girl
When ‘This Is What It Feels Like’ comes on, there is the (possibly a little too drunk) girl who yells “Oh my God, I loveeee this song,” and dances like she has way more room than she really does, bumping into everyone along the way. Then, two songs later, ‘Clarity’ comes on, she does the exact same thing.

8) The ridiculously dressed older couple
That one couple in their 60-70’s hanging out in the corner of the club or dancing in the middle with everyone. You kind of respect them but wonder what the hell they are doing there. You tell yourself you want to stop partying by 27 and then see this couple. They are always dressed ridiculously – either on the lavish end of the spectrum, or the “you might have a screw loose” one.

9) The bottle service crowd
VIP. No, not the president. But a very important person for about five hours and then back to reality again. We really can’t hate on bottle service because we have all done it, but the whole concept is pretty funny. Spending $250-400 for one bottle that costs about $30-50 just for the experience. The guy who feels on top of the world holding up the Grey Goose and chugging it in front of everyone. Respect… kind of.

10) The PDA couple
There’s always that one duo all over each other, basically to the point of having sex on the dance floor. People always stare and watch. I guess that’s human nature; we just can’t look away from a spectacle. Hit the bathroom next time, please. Or anywhere else….

11) The creep
That one dude who appears literally ON YOU out of no where trying to “bump and grind.” He gets rejected from one girl and goes up to another with the same useless hopes and lame game. All we can say about him is that he is just a flat out weirdo. Take a hint, dude!

12) The Kandi Kid
The most friendly person there, trading kandi and loving life. The definition of PLUR. Nothing can stop this kid. We don’t mind.

13) The ‘I know the DJ’ fan
The person who tries to cut the line or get into the booth because they know the DJ. In reality, they have never met the DJ but got re-tweeted or favorited on Twitter and now this person thinks they can just go into the booth.

14) The creepy foreign guys
Self explanatory… and often can be found at Pacha.

14 People You See At The Club

Typically I wouldn’t throw such a profound artist into a spotlight article for an EDM festival (1. because the man is one of the…