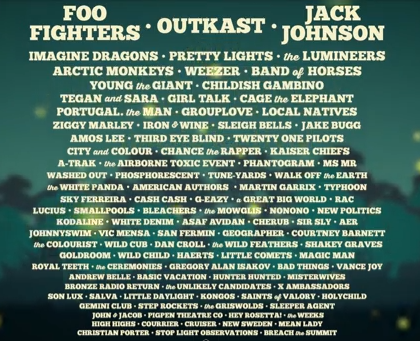 It’s that time of year again: festival pre-planning season; otherwise known as the time when we have to decide which festivals we want to attend in the Spring and Summer months. With each lineup release, the task becomes increasingly difficult. Firefly Music Festival will return to Dover, Delaware in 2014 for its second installment, and an epic one at that! Today, Firefly released its roster in the form of a video announcement- check it out above!

For four days, June 19-22nd, one hundred artists, spanning from Rock to Jam to Electronica, will preform on seven stages. Representing the electronic realm, Firefly will feature names such as Pretty Lights, Martin Garrix, A-trak, Girl Talk, The White Panda, Cash Cash and more! For the full lineup, click here.

Tickets for Firefly Music Festival go on sale January, 20th- make sure you grabs yours!

At just 17 years old , Matt Fax has been knocking on the doorstep of stardom. The French producer has gotten praise from some…