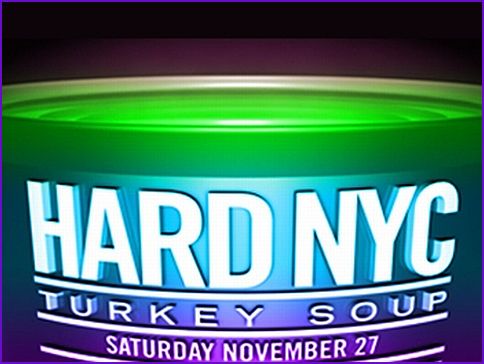 In the modern age of music, it seems that any idiot with a keyboard and a cracked version of logic can throw together a half decent remix and achieve their fifteen minutes of internet fame. Given this, you might jump to the conclusion that electronic music producers and DJ’s are not talented. Itâ€™s a point Iâ€™ve argued against with many self proclaimed music enthusiasts who can’t find it in themselves to respect an artist who doesnâ€™t play in a jam band or wear eye liner. For all the non-believers out there, my argument is simple: DJ A Trak. Check out the full review after the jump. 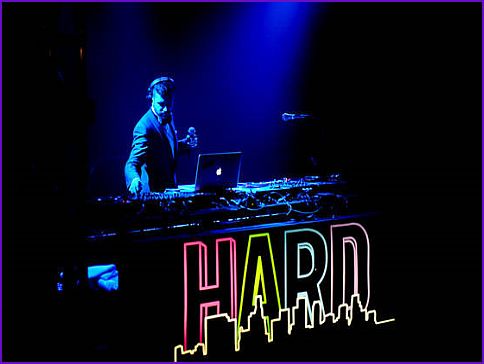 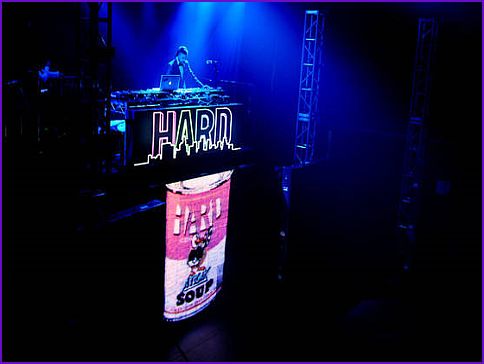 The dude was instrumental in bringing dance music to the masses with his signature hip hop flavor and outrageously awesome remixes. His legendary label Fools Gold is absolutely killing it and their releases are constantly sick. From a 15 year old DMC scratch champion to an electronic music icon, A Trak shows no signs of slowing down and certainly deserved to be headlining this HARD show. The anticipation for this show was outrageous. The line up/set times were as follows:

I honestly enjoyed every set played but for all intents and purposes, we will focus on one man. A Trak has proven himself to be one of the most talented DJs around, period. I had a chance to watch his set from the â€œbackstageâ€ area at Terminal 5 last night and was thoroughly blown away. Flying Lotus put on an incredibly energetic performance that set the stage for A Trak, who rocked his turntables in a tuxedo atop a 2 story platform covered in lights and LCD screens. Visually, it was a spectacle in its own right. Needless to say the crowd lost it for dance floor anthems like ‘Anyway‘, ‘Barbara Streisand‘, ‘Shake It Down‘ and his ‘Indestructible‘ remix. Amidst the furious scratching and beat juggling he is famous for, you could hear hints of hip-hop rhythm working their way into the electro until ultimately you found yourself dancing to straight up rap music.

The clear highlights of the set however, were his renowned beat juggling of Daft Punkâ€™s ‘Robot Rock‘ and the explosion of energy that followed the drop ofÂ  â€œHeads Will Rollâ€ (A Trak Remix). I was on stage tossing t-shirts and can attest to the sheer mayhem this song was responsible for. It would definitely be safe to say that more than a few heads rolled at Hard Turkey Soup last night.