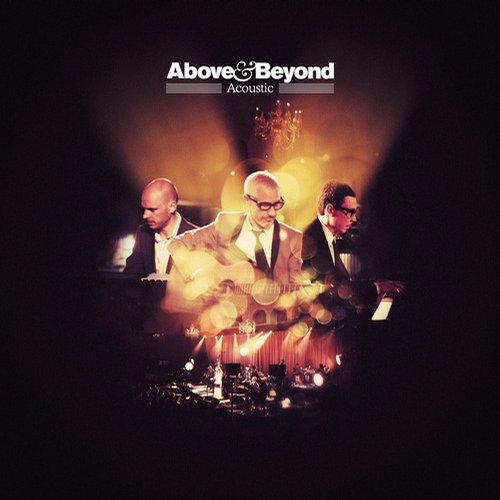 Well, Above & Beyond has done it again! After performing a handful of their most beloved songs acoustically at sold out performances at London’s famous Porchester Hall in the summer of 2013, the electronic music trio has released their acoustic album titled, “Above & Beyond ‘Acoustic.’” The trio also performed this acoustic live set at the Greek Theatre in Los Angeles, California and the set was comprised of a 24-piece orchestra. Some of you may recall reading about Skrillex making a surprise performance at the Los Angeles show. The album was released on January 28, 2014 and went straight to #1 on the ITunes US Dance Album chart. ‘Above & Beyond Acoustic’ connects the artists with their fans through beautiful vocals and melodies throughout the entire album.

Above & Beyond is an English dance music group consisting of Jono Grant, Tony McGuinness and Paavo Siljamaki. Jono and Paavo crossed paths while studying Electronic Engineering at the University of Westminster. They soon realized they shared a common interest for electronic music, and decided to write music together. The Anjunabeats label was formed in the summer of 1999 with the release of their first single, “Volume One,” under the alias Anjunabeats. The success of this single caught the attention of the Marketing Director & Manager of the Warner Music Group, Tony McGuinness and Above & Beyond was born. They are the owners of London-based electronic dance music labels Anjunabeats and Anjunadeep, and also host a weekly radio show titled Group Therapy Radio.

Their unique music obtains its influence from French cosmic pop heroes Air, American singer-songwriter Jeff Buckley and soundtrack master Hans Zimmer. Their songs contain lyrics of pain, confusion, despair, hope and most importantly love. Take “Sun & Moon”, this song tells the tale of a couple that endures a love affair only to soon after experience both the pain and relief of a break-up. “Thing Called Love” is a song about the regret one succumbs to when feelings are not reciprocated in a relationship. Just two examples off of the acoustic album putting into words the trifles their fans go through on a daily basis.

Yes Above & Beyond is an electronic group, but they are a band first and foremost. From releasing singles in 2000 to performing sold out shows, Above & Beyond has come a long way in the electronic music industry. This acoustic album is yet another example of not only their ability as DJs, but also as lyricists and producers. The songs within this album contain lyrics that any person who has embarked on the journey of life can relate to. It seems that anyone who has heard one of their songs or seen them live just can’t seem to get enough of Above & Beyond.

RipTidE – What You Want

“What You Want” is the first track in theÂ Brooklyn Fire 002 compilation, and fellow Dutchman Tiesto deemed it worthy to play in his coveted…