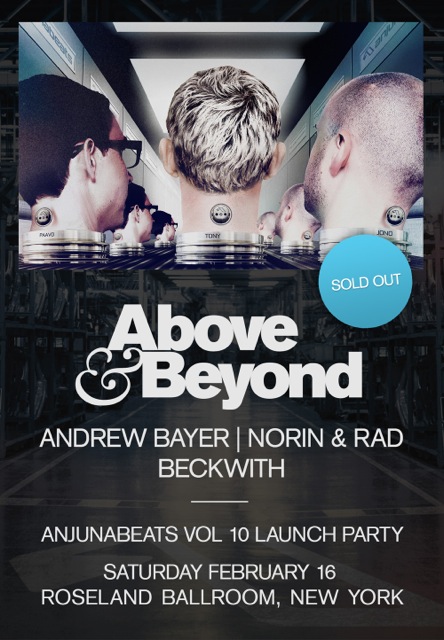 This Saturday the 16th at one of New York City’s greatest venues for dance music, Tony McGuiness, Jonathan “Jono” Grant and Paavo Siljamaki will present the launch party for Anjunabeats Volume 10. We don’t need to tell you that they’re best known as Above & Beyond and they’re one of the greatest trance acts in history. We really don’t need to tell you that their various incarnations, with and without one another are all still incredible; like OceanLab and the unforgettable “Satellite”. We know you already know about their legendary Trance Around The World radio show and the epic passing of the torch from TATW to Above & Beyond Group Therapy over eight hours in Bangalore, India. So we definitely don’t need to tell you to be there on Saturday night. We would however, feel remiss if we didn’t tell you about the amazing supporting acts that A&B has brought with them to NYC or the incredible two disc album they’re celebrating that night. 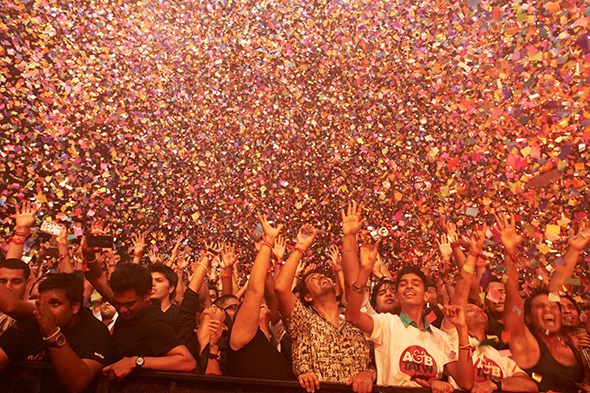 Likely to open the night, 5 Borough’s native Beckwith will warm the crowd up with his downtempo, warm feeling music. Paul Beckwith is a classic tale of wandering musician who fell in love with the sound and the scene of electronic music. His original track “Caymal” has a distinctly 80’s feel with a chopped up, ethereal vocal and liberal use of a doppler effect sounding synth. Check out his track “N to Brooklyn” that has a more progressive trance feel merged with big room and some deep house and all of it featuring inventive and fresh percussive tones. Beckwith is a newer name in the Anjunadeep family but he’s in good company with the other fresh faces members of the Anjunabeats label playing later in the night. 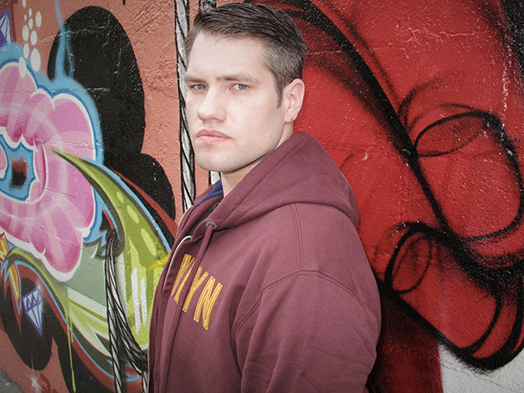 Andrew Bayer has been making music for a long time. Not, “Oh yeah I’ve played around with fruity loops when I was 13” but has been releasing music since 2004 when the D.C. born producer teamed up with Scottish DJ in an act called Signalrunners. Bayer has been involved with Anjunabeats for years now having guest mixed on several occasions for Above & Beyond’s TATW radio show and touring with them around the world as part of the TATW and ABGT. Bayer is ostensibly a trance producer but his music moves across the subgenres of electronic music with elements of trance, glitch, house, breakbeat weaved through the tracks of his debut album. His song “Counting the Points” has two distinct sonic elements while retaining a similar sound mixing elements of deep house and psychedelic trance while “From the Earth” is an uptempo ambient house song. Unafraid to experiment Bayer is a phenomenal producer and it would be most unwise to miss the performance he’ll put on. 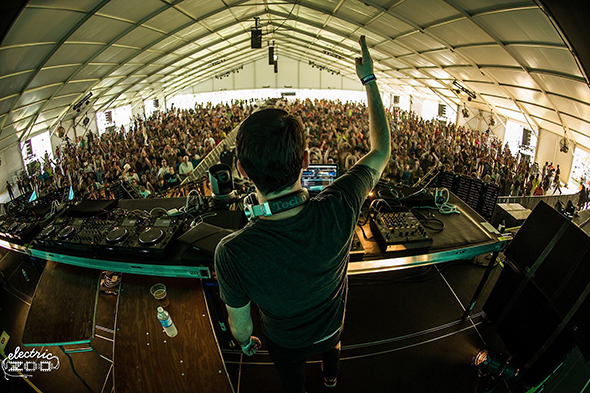 Norin and Rad have traveled with Bayer and A&B, crisscrossing the globe and playing their esoteric brand of genre bending electronic music. Bayer even says that a show they played together in Hawaii was one of his favorites ever. Like him their music is hard to pin down, not just from song to song but from minute to minute inside their songs. The track “Five Fingered Death Punch” spends the first bit of the song being a deep house song with hints and brief notes of trance before finally dropping into a progressive trance song that moves back into the deep house elements from the beginning just in case you forgot. Part of their second release on Anjunabeats the song “Pistol Whip” is frenetic and pulse pounding with a huge, yet minimal feel that transitions into an anthemic organ riff with a slowly decaying reverb. Working in more complex percussive elements and another melodic synth line the song feels like it’s lifting you into the air only to move quickly into a relentless, grungy bassline with tiny synth notes peppered in. The track continues it’s life as an uplifting progressive trance beat but then an intense, rhythmic build comes, and makes you want more. The California boys have been working together for years now and the fruits of their collective labor is a unique sonic experience the likes of which we are sorely lacking in electronic music. 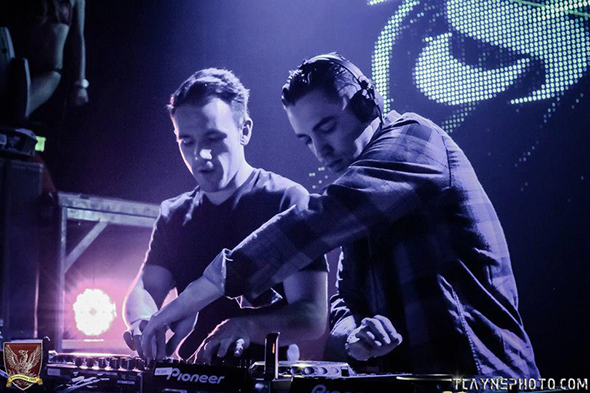 While we can’t give a review of Anjunabeats Volume 10 just yet, we can tell you what you need to know. It includes amazing tracks you may have heard like A&B’s “Small Moments” or Audien’s “Wayfarer” but also has some highly anticipated unreleased songs like A&B’s hard hitting “Walter White” or Norin and Rad’s “Aldo”. With other relatives in the Anjuna family like Super 8 & Tab, Maor Levi, and Boom Jinx volume 10 is a masterfully curated set of music from the best label in trance music.

Saturday is set to be an incredible night. Tickets are sold out but you can still find them on Stubhub if you don’t have them already. If you have your tickets, get there early. None of these guys should be missed and the night is sure to be one for the ages. The facts speak for themselves as artists from Beyonce to Steve Aoki have recorded concert DVD’s at Roseland. With the combination of space, sound system, and crowd, Roseland Ballroom is, in our opinion, the best venue for EDM in Manhattan.So, we’ll see you on Saturday!

It’s the news you’ve been waiting for America – almost. Today we learned that an announcement about the heavily anticipated Sensation America is slated…