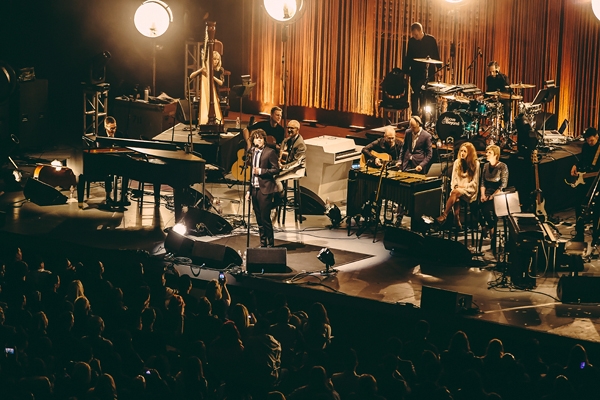 Above & Beyond has once again decided to step out of the electronic bubble and into the acoustic realm with their latest remake of ‘Sun & Moon.’ Veterans of the music realm, this is not the first time Above & Beyond has explored the acoustic space; back in 2009, the Trance trio performed an acoustic set in a hot air balloon in celebration of the balloon themed artwork of their Anjunabeats Vol. 6 compilation.

Following the success of their run of acoustic shows this past June at London’s Porchester Hall, Above & Beyond brought their acoustic project to the US for a special one night event at Los Angeles’ Greek Theatre on October 12th.

“‘Sun & Moon’ is one of our best-loved songs and probably the one that evokes the biggest crowd response all over the world, so it was an interesting challenge to try to create an acoustic version that might connect in the same way. To then have the chance to perform it live as part of a band – and eventually experience 6,000 people singing it with us at the Greek Theatre – will go down as one of the greatest thrills of our career.”
– Paavo Siljamäki of Above & Beyond

Bart B More comes out with a dirtyyy electro remix of Zombie Nation’s ‘Squeek’. You got all the hard hitting bass along with those…