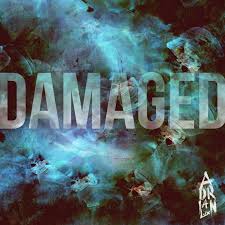 Swedish DJ/Producer Adrian Lux drops his newest track as his ‘Damaged Tour’, and what more appropriate song to release other than ‘Damaged’? ‘Damaged’ is a progressive track that comes to us from Ultra Music. The track begins with a somber start, and picks up to become an inspirational message and compelling beat. For anyone who has ever been heart broken from sorts of negativity that life has cast in their direction, this song is they type to blast in your car and put yourself on the mend. The forceful lyrics seem not to suggest, but insist that we “take control” of our situation. It is a song about overcoming obstacles that have damaged us in the past and to persevere. Adrian adds a delicate guitar riff which creates a tender and pleasing vibe, while the melody remains smooth. The track features the elegant vocals of Alva Tång, a member of the Indie band from Sweden called Allvaret. The Grammy Award Nominated DJ/Producer released this song coming off of stellar performances on main stages at both Coachella and Ultra Music Festival, and after his exceptional show at EDC Chicago. For those attending EDC Las Vegas, be sure to catch his set when he performs!