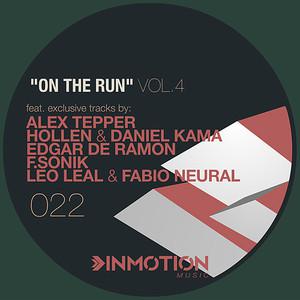 Brooklyn’s own Inmotion Music has been making quite the splash since its inception in 2010. With releases from powerhouses like Butch, Nicole Moudaber, Steve Lawler and Sante (only naming a few!), Â it is very apparent that New York has a label dedicated to releasing the straight pureness. On their most recent release, ‘On The Run Vol 4’ Â they feature British prodigy Alex Tepper. The track ‘Playing Up’ , currently charting at 86 on the Beatport tech house chart, is the epitome of a banger. Supported by the likes of Carlo Lio, Stacey Pullen and Darius Syrossian this track has the ability to make any room filled with people move. The bassline is powerful and crisp, so turn it up!

The never-ending Daft Punk rumor mill continues to be a focal point of all dance music related news. The website and gig directory SongKick…