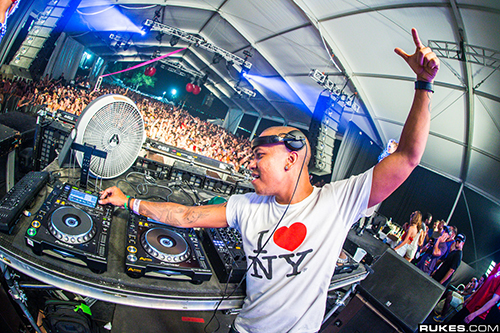 Last week on Governor’s Island, Dirty Dutch heavyweights Gregori Klosman and Chuckie dropped the electro house hammer on New York City. It was a gorgeous Fourth of July night, and even though it was brutally hot the two stars and their supporting acts managed to each raise the island’s collective temperature. With incredible sets of hard-hitting festival music that kept the crowd at Governors Island Beach Club (which is fast becoming one of our favorite summer concert venues) dancing like crazy all night.

Once we arrived in lower Manhattan around midday we could already tell the show was going to be special. The sea of American flags that lined the water for the ferry was an amazing scene but really just a taste of what was to come. In what we thought would be a much longer and difficult process to board the ferry, we got on the Lt. Samuel Coursen (if only it was called the S.S Ferry Corsten) and were off the boat and inside the venue in about 15 minutes. We caught the end of VeniVici’s set just as Gregori Klosman walked onstage with an introduction from Chuckie himself. His set started with a portion of Bill Pullman’s iconic speech from “Independence Day” which brought loud and passionate “USA” chants from the crowd. He played a lot of really big tracks like Tiesto’s remix of “Clarity” and the eSQUIRE bootleg of Pharell and Daft Punks hit “Get Lucky.” Some personal highlights were his original tracks like “Serial Killer” and “Bad Guy,” which go incredibly hard and mixing “Kick Out the Epic,” “Nillionaire” and W&W and Ummet Ozcan’s “The Code.” He ended with his banger “Minibar” which brought Chuckie onstage and Klosman jumping into the crowd. 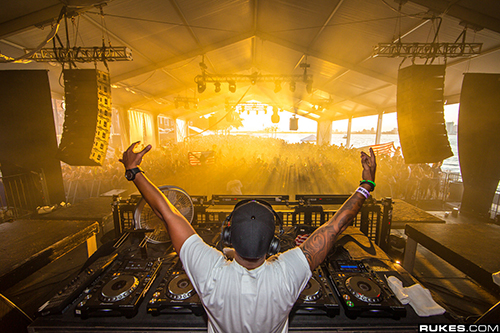 When it was finally time for the Ambassador of the Dirty Dutch label Chuckie to really fuck shit up, he did exactly that and didn’t stop for almost three hours. One thing I always really enjoy about his sets is how much he engages the crowd, stepping away from the decks to yell his signature “Put your fucking hands up!” and of course “Who is ready to fucking jump?!?!,” something I’ve always seen as a perfect complement to his high energy sets. He started with Bruce Springsteen’s American classic “Born in the USA” which the crowd was singing loudly before he mixed in Deadmau5’s “The Veldt” and turned the island upside down. He played a lot of festival bangers like “Internet Friends,” “Antidote,” “Who” , “Clarity” and Tommy Trash’s awesome remix of “Ladi Dadi.” He also mashed up Knife Party’s “LRAD” with Linkin Park’s classic “Numb,” which was cool. He ended with his smash hit “Who is Ready to Jump?” which NEVER fails to get the crowd as buck as humanly possible. He mixed in “Jump Around” with one final drop of his signature track, the energy and excitement of which basically blew our brains into the East River. 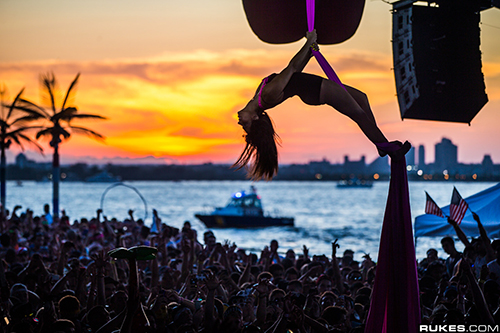 It was an incredible show at a really incredible venue. The sea of American flags and lower Manhattan in the backdrop made this years’ Fourth of July visually one of the best outdoor experiences we’ve had living in New York City. 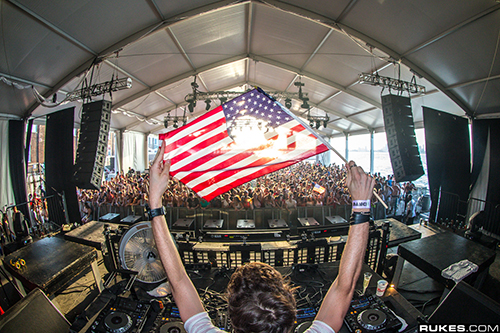 EO favorite dBerrie (David Berrie) is back under the guise of his progressive house moniker for a massive release, ‘Voices,’ on Fedde Le Grand…