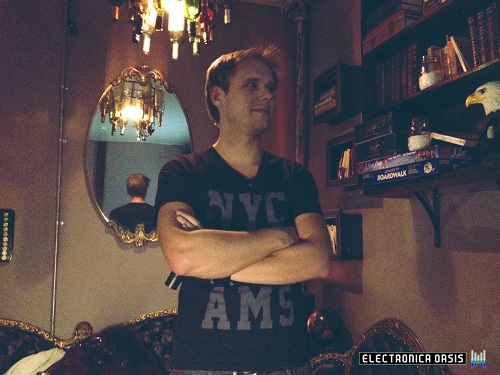 New York City fell head over heels as Armin van Buuren, the most celebrated DJ of all time, arrived on December 13th. The Dutchman held a meet and greet for both the press and public at The Baroness Wine Bar in Long Island City on December 13th to promote his Armin Only: Intense arena tour in conjunction with ALDA Events and Live Nation.

This intimate event allowed fans to experience the man behind the music in a never before seen fashion. Taking this into consideration the event was catered specifically towards the fans in a mature and controlled environment. Fans pilled in by the hundreds, with some waiting since 6AM for the legend. However only the first one hundred were given the opportunity to cozy up and take part in the ‘Intensity’.

Armin spoke, announcing the NYC stop on April 11th at Madison Square Garden on his ARMIN ONLY: Intense tour. He also stressed the topic of Nonstop-freestyle DJ set.

Electronica Oasis had a few words with Armin van Buuren

Electronica Oasis: Short 90-120 min sets have unfortunately become the norm in the dance music industry. We’re wondering what type of changes you’re hoping in making and what you’re looking to achieve by playing these longer sets?

Armin van Buuren: Well I first want to state that I don’t think there’s anything wrong with playing short sets. I love doing that and I think it’s a cool thing. I will keep doing that. I just want to show, especially for the young people out there who think DJing is all about playing your big hits in one hour sets.

You should see this as Christmas dinner with Armin van Buuren..

After a brief Q&A with the press, each fan was given the chance to take a picture with Armin. He then went on demonstrating what an amazing person he is behind the music. By extending his stay, and allowed fans who where waiting outside and didn’t have a chance to enter, a chance to take a photo with him.

Wrapping up the week with Armin was truly an absolute delight and we cannot wait for Armin’s return on April the 11th for his Madison Square Garden Performance.

Ash Pournouri, the Grammy-nominated producer, and manager and strategist behind the DJ/Producer Avicii’s global success has announced the launch of his new label, PRMD….