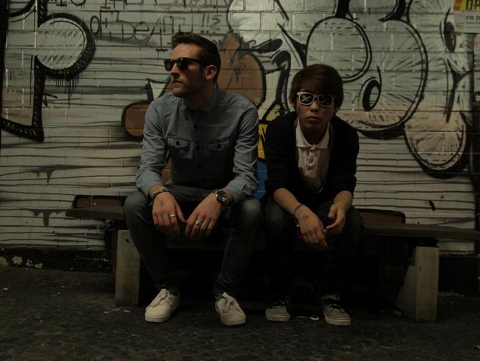 If you were wondering where dubstep was going next, look no further than Taiki and NUlight. The duo recently signed to Benga Beats, Sin City Recordings, Subway Recordings, and Biscuit Factory Records, and consists of Erka Kurosaki (Taiki) and Rowan Harrington (NUlight). They really have a knack for the dark and moody, spine-tingling sound a lot of old school fans of the genre miss. If you havenâ€™t heard their tunes yet, brace yourself.

Taiki and NUlight released their free EP in November and itâ€™s definitely something youâ€™ll wanna take a listen to. All four tracks are absolute bangers but my personal favorite is ‘Dot and Dash’. Download the zipped EP straight from them here.

The duo have been getting a lot of attention in the dubstep scene. Skream and Benga dropped Taiki and NUlightâ€™s ‘Dirty Habbit’ during the September In New DJs We Trust show, and during their Hard Haunted Mansion set in October. It is suchhhhh a tune. Itâ€™s getting released on Benga Beats in the coming future and Iâ€™ve been itching for it since I first heard it.

Here is their remix of Ms. Dynamiteâ€™s ‘What You Talkin About’. This tune will make your stomach lurch.

Ms. Dynamite – What You Talk About (Taiki and NUlight remix)

Today, their dubplate ‘Grotesque’ was released as part of a free EP by Biscuit Factory Recordings. The title really does do it justice.

Check out their Soundcloud for more huge tracks. Also, be sure to check out this video of them doing a live set on Get Darker TV. They are absolutely ridiculous:

P.S If you happen to be in Central London February 16th (and I sure as hell wish I was), you can check out Taiki and NUlight, as well as dubstep smashers Dream, Funtcase, and many more at High Frequency Presents: Lord of the Micâ€™s III at the Arcadia. This is an event not to be missed! Check out event info here.

Check out the effects in this video for Skrillex’s tune ‘First of the Year (Equinox)’. The whole concept of this little girl dominating this…