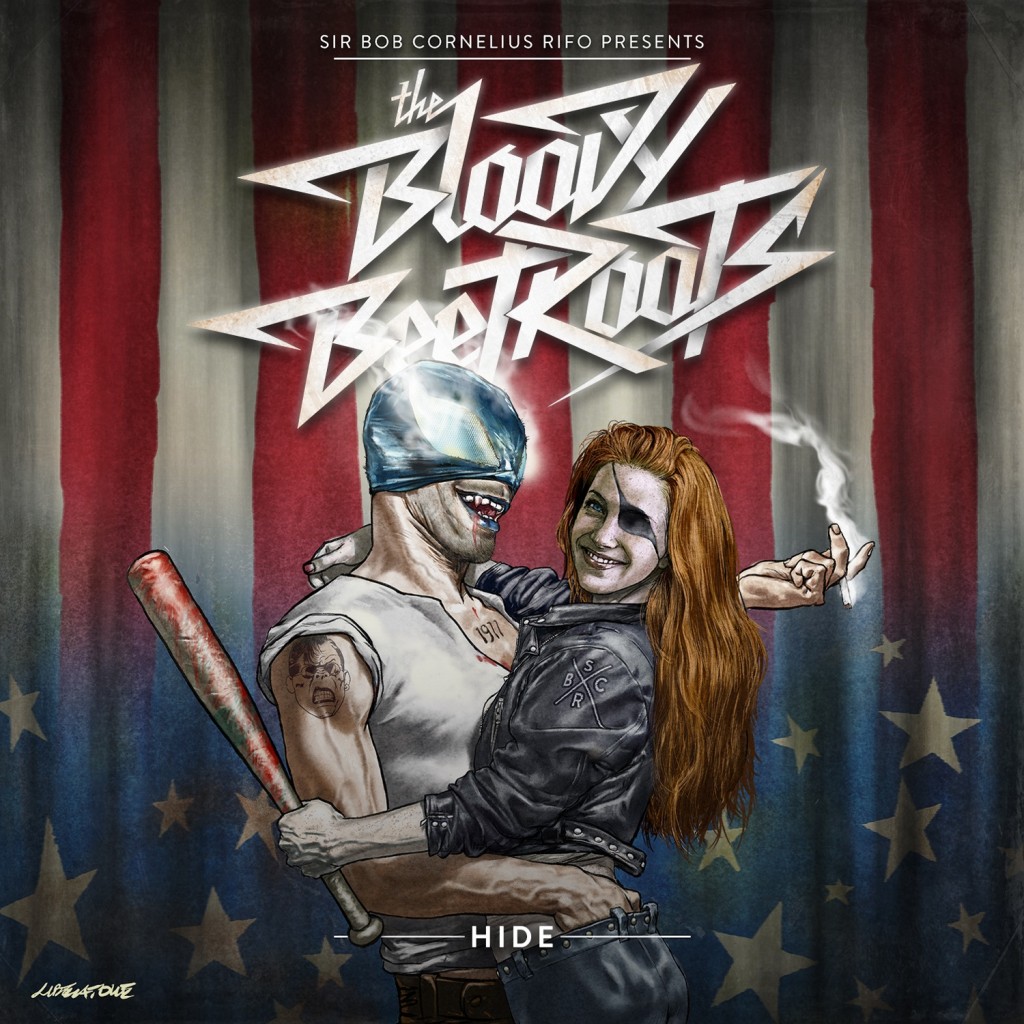 For his second studio album, Sir Bob Cornelius Rifo, aka the Bloody Beetroots, draws upon some of Rock’s most iconic names for musical support. ‘Hide,’ released today on Ultra Records, showcases The Bloody Beetroots’ thumping, glitchy-electro feel and also experiments with sounds of past musicians such as Motley Crue’s Tommy Lee, Sir Paul McCartney and Peter Frampton.

The fifteen track album starts off with ‘Spark’ for a loud, in-your-face grinding track that immediately spikes the room’s energy level.

The second track, ‘Raw,’ features drummer Tommy Lee and creates a funky sounding rock’n’roll vibe. ‘Runaway’ and ‘Chronicles of a Fallen Love’ sound like more traditional Bloodybeet Root electro-tracks, filled with build-ups and grinding drops for an amped up feel.

With ‘The Furious,’ the Bloodybeet Roots teams up with Penny Rimbaud for an interesting collaboration. Rimbaud, who began his career in the 60s, is a writer, poet, musician and activist- just to name a few. His track with the Bloodybeet Roots sounds like a performance art piece extracted from a play or theatrical experience and has a very original sound.

Sir Paul McCartney handles the vocals on ‘Out of Sight’ and, along with Youth and the Beetroots, puts forth an epic dance ballad that errs on the cusp of rock’n’roll more so than any other track on ‘Hide.’

‘The Source,’ while also a heavy Rock track, more effectively represents a hybrid of Rock and Electronic music than ‘Out of Sight.’ While ‘Albion’ and ‘Reactivated’ feature sounds of more traditional dance music, Bloody Beetroots changes it up entirely for tracks like ‘All the Girls (Around the World),’ ‘Please Baby,’ ‘Glow in the Dark’ and ‘The Beat’ to produce more of a retro, old-school feel.

‘Hide’ rounds out with ‘Rocksteady’ and ‘Volevo Un Gatto Nero (You Promised Me)’ featuring Gigi Barroco, another Italian DJ/producer, for a strong, grinding electro conclusion to the experimental album.

Add another one to the long list of young, talented, Swedish producers. Today on Phazing Records the quickly rising DJ/producer, Jeremy Olander, released his…