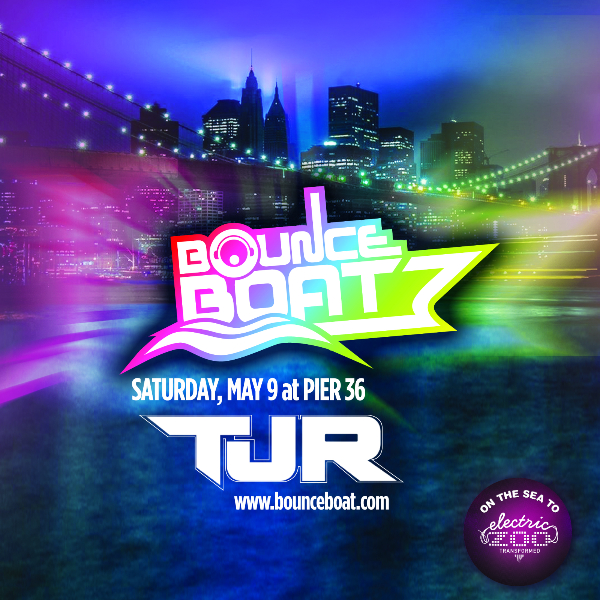 Join Bounce Boat as they launch the 2015 season on May 9th with the special edition, “On the Sea to Electric Zoo,” featuring funky DJ and producer, TJR.

Hailed “the master of the summer anthem,” TJR is known for Beatport smashes, ‘Funky Vodka,’ ‘What’s Up Suckaz,‘ ‘Ode to Oi‘ and for his multiplatinum hit, ‘Don’t Stop The Party’ with Pitbull.

This year’s Bounce Boat comes with huge production upgrades to ensure Boaters get the ultimate show experience. The #BrandNewBounce is on a 210 ft. mega-yacht with nearly 40,000 sq. ft of space for over 1,000 partygoers. We’ve also added a professional lighting system to match our new concert-grade sound. The ship itself boasts four full bars including a 360 degree Skybar on the top deck, two upper tier balconies, and a rooftop for lounging.