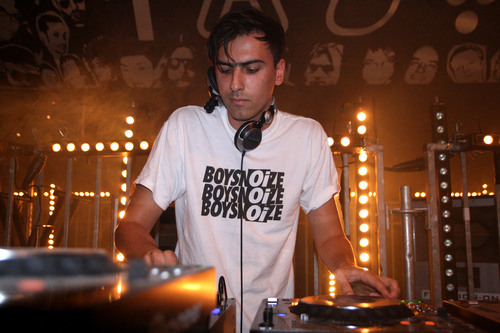 A crowded and quite saucy crowd gathered on Friday night at Webster Hall to attend the first of two nights of Boys Noize. The only thing setting the two dates apart were the different opening acts. JDH & Dave P. opened Saturday evening, a duo I’ve seen before at Santos Party House. Justin and I we were fortunate enough to see Housemeister, a member of Boysnoize Records, open for the man whose name is synonymous with the label. Arriving a little after 12:15, we got to see Housemeister play a few of his tracks including: ‘Baxx’, ‘Shrizzo’, ‘Music is Awesome’, and his ‘Nott’ remix. Click Read More for a review, a long list of tracks that Boys Noize played, along with a stellar video of his opener!

At around 1:45 AM Mr. Alex Rihda took the stage (though he was hangin out behind Housemeister for his opening set). The curtins were drawn, literally, and the bright lights and wildly synced vocals of “COME WITH ME” flashed over the screen as the floor began to bend.

Being There: Boys Noize at Webster Hall on April 22 from THE CULTURE OF ME on Vimeo.

He has his DJ sets down to a science, and any real fan of maximal techno and acid house will tell you the same. The man is scary technical, usually utilizing 3-4 CDJ’s, and his sets are as clean as they come. Not to mention, his track selection ain’t too shabby either. The set started off with a lot of his new releases off of Boys Noize Records, and transitioned seamlessly into some serious acid house. For the last 30 minutes, he really went all out and whipped out the big tracks. From start to finish, myself and Justin attempted to record every track played, as we are real music nerds and enjoy screaming over the obnoxious industrial synths and nasty bass stabs! We heard the following… 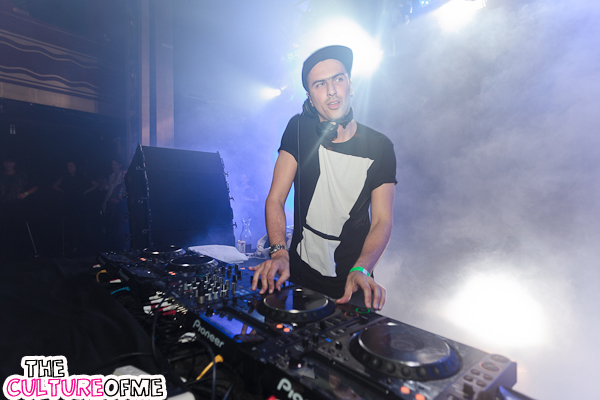 Bottom line is that he puts on one hell of a DJ set. It is worth reviewing because it is truly comparable to a live show. What the man does with 4 CDJ’s and a mixer is as mesmerizing as it is entertaining. The track list does not do the show justice, as he would constantly throw filthy acapellas and loops over tracks when you are least expecting it. Overall a fantastic experience, and I also heard he played until 5 for the Saturday show! Damn! Till next time Alex……..

It’s Electric Daisy Carnival week. It’s been months in the making. Consider every other event this week either a pre or post party. It’s…