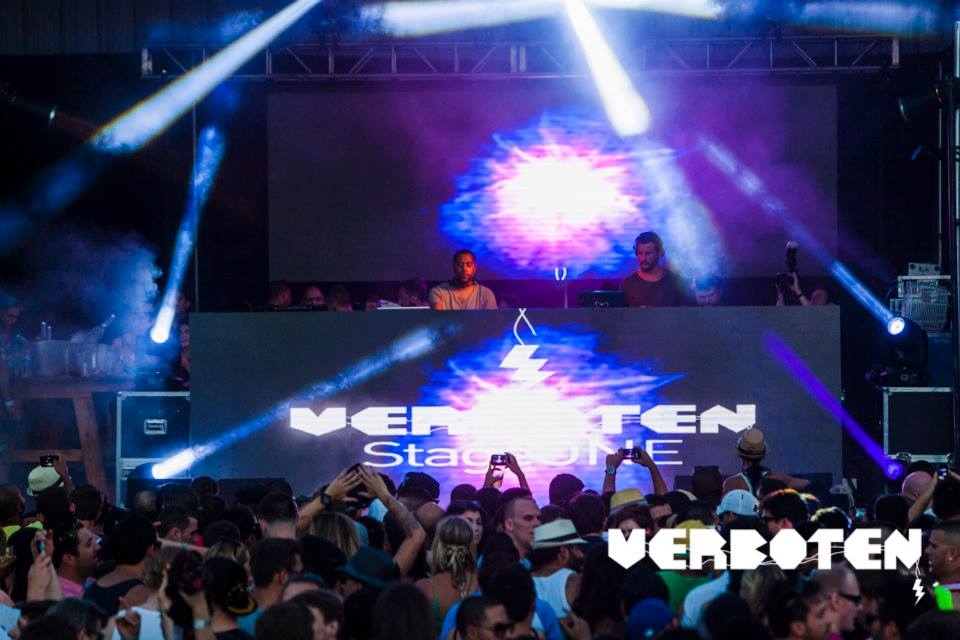 Down at the end of N 11th Street in Williamsburg lays a big parking lot on the water. Although on Saturday the 27th this parking lot doubled as a musical paradise. The weather could not have been better. It was 85 degrees out with a slight breeze. The tanks tops were out and short shorts were in full force, it was hard not having a good time. Verboten really threw a proper show.

After sorting out your tickets and going through the gates there were tables and food vendors before you were immersed to the crowd. The VIP area was conveniently located under a tent right in the front. There was bottle service with tables and seating available for purchase and it did not seem like there was an empty seat. The line for the bar and bathroom were never a bother and they had a great selection of drinks. Smiles were all around on this perfect day.

There was ample room in the GA area. It was easy for all the “Professional Instagramers” to get their shots of the Manhattan waterfront. Even into the night, it seemed there was always an empty pocket to stretch out and dance in. It’s also hard to forget the fact that Verboten had roving vendors going around GA all day! How cool is that? Not to mention the fact they had ping pong.

The stage production used was very well done. At one point during the night, the graphics/lighting gave the effect that the stage was on fire. The sights were quite stimulating, even compared to the breathtaking lit Manhattan skyline behind the crowd. 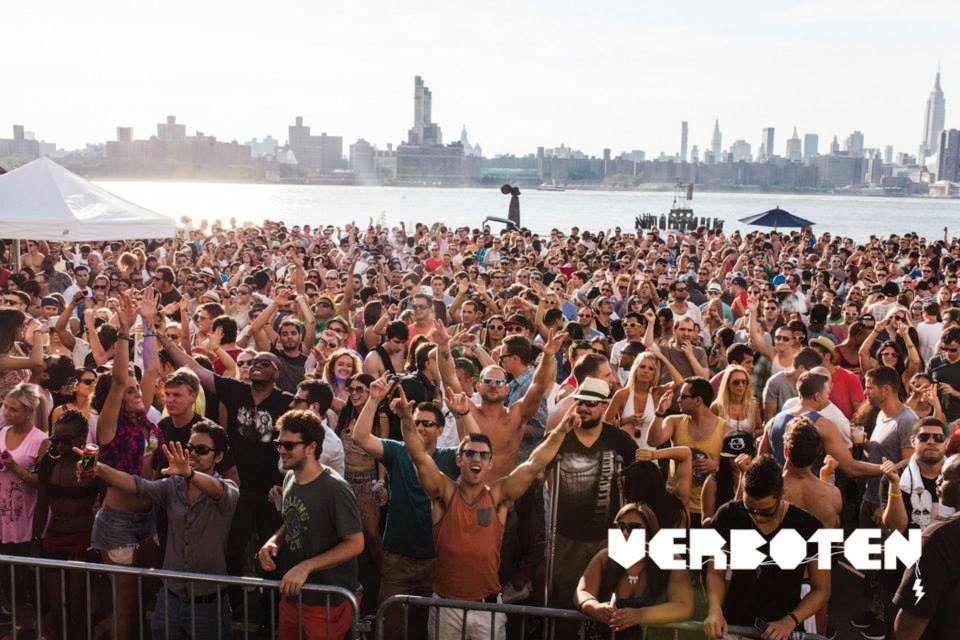 It all started out with Moodymann up first for the day. Until Agoria kicked things up a notch playing such tracks as ‘Le Youth – C O O L (Ben Pearce Remix)’ and ‘DJ Yellow & Flowers and Sea Creatures – No One Gets Left Behind (Konstantin Sibold Remix). Then legend Carl Craig came on stage alone at first to warm up the crowd for what would be an epic five-hour back to back set.

Then the moment everyone was waiting for, Carl Craig back to back with Luciano. It’s funny because the two are very different in all aspects of style. Carl Craig was very stern in his stage presence while Luciano was dancing joyfully on the other side of the stage. Their musical styles complimented each other very well. Craig was bringing both funky and dark techno while Luciano was more melodic and smooth. At times in the set you could close your eyes and picture being in Ibiza with the awesome vibe Luciano provided. They both brought the heat in their own ways with massive breakdowns and drops. The duo were extremely focused and fluid which made for a fantastic night of music.

Released yesterday on Jee Productions comes this monster progressive tune at a spirited 128 BPM. Jerome Isma-Ae from Germany, also the owner of Jee,…