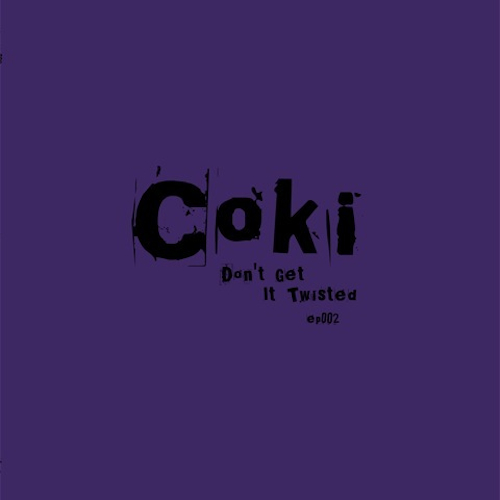 Back in December, original badman Coki released his stellar ‘Don’t Get It Twisted EP‘ on the DMZ label which featured bangers like ‘Think Your Gone‘ and ‘Celestial Dub‘. This August, the follow-up EP ‘Don’t Get It Twisted Vol. 2’ is being released and is already proving to be incredibly promising. The four-track EP will feature the tracks ‘Mid June Madness’, ‘Light Years’, ‘On Board’, and ‘Drop n Run’. All four tracks are super heavy and are reminiscent of a time when dubstep was influenced by DUB. (Seriously, praise Jah for the genius that is Coki!) ‘Light Years’ is also featured as the instrumental on Blacks’s track ‘Hold On Wait’ (see below for the music video that was just released today!).

For you New Yorkers reading this, Coki is coming to NYC and performing at Reconstrvct‘s 1 Year Anniversary party on July 28. He’ll be joined by J-5ive, V.I.V.E.K., Joe Nice, Nihal, True Nature, and Hahn Solo. This event is seriously not to be missed. Grab tickets here!