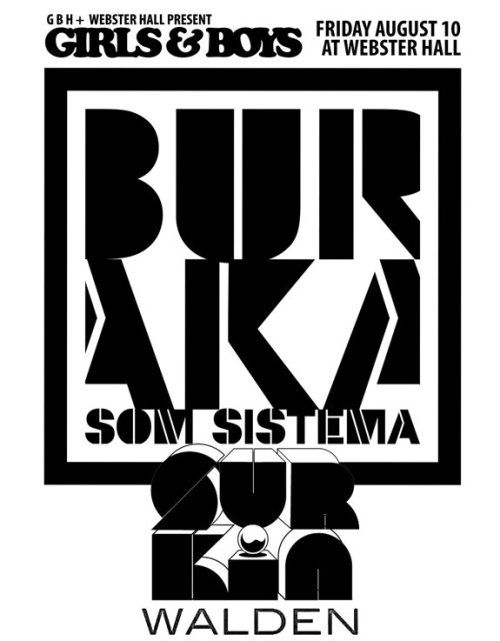 Hopefully everyone is excited about Friday night’s show at Webster Hall as we are. That’s why in conjunction with Webster Hall EO is giving away 3 pairs of tickets – 2 sets of VIP and 1 set of GA – to 3 lucky fans. You must be 21+ to enter for VIP, but to be eligible all you have to do is fill out the handy form located HERE. Oh and follow us on Twitter and like us on Facebook while you’re at it!

Young Australian Walden will be making his US debut Friday, making the night a special one. All are happy that he choose NYC as his launch point (although is there really any other city?!) His track ‘Brightness‘ brought him to prominence when it was featured by Pete Tong in January, and his career has only moved on from there, including additional nods by Mr. Tong for Walden’s ‘In My Mind‘ remix.

On Surkin’s 3rd attempt of 2012 to play at Webster Hall in NYC, he finally succeeds! The French wunderkind has finally sorted his visa issues and will be playing a set for the New York faithful that promises to impress. Still touring for his brilliant album ‘USA’ which came out on Marble Music (the label run by Surkin, Para One & Bobmo), expect to hear plenty of banging club tracks. BUT, also expect to hear down tempo and melodic tracks as well. Surkin is no stranger to incorporating non-dancefloor-friendly records into his intricate sets.

Remember all you have to do is enter via the handy form located HERE. You can also purchase tickets for the event here.

MTV have labelled this track as a “thumping, pulsating EDM masterpiece!“. Quickly put together, this is possibly not one of Aoki’s best, but it…