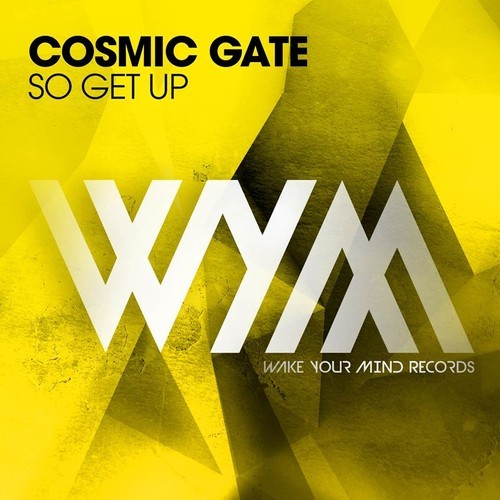 Cosmic Gate have been around for a long time, traditionally as trance producers, but their new single ‘So Get Up,’ out today on their Wake Your Mind Records, pushes the duo firmly into current dance music territory. The track features a longer build and electro house drop before breaking down into a more interesting sound and notable melody about two minutes in. Here, the track could have easily grown into a full trance song and demonstrated the kind of production we know Cosmic Gate can give us. Instead, we are met with the same big-room electro house sound from the intro.

This song may do well in club settings where EDM is preferred, but it’s a far cry from the beautifully touching songs they’ve crafted in the past. Ultimately, we’re left wanting more. We see so many artists who started out with trance moving to the popular mainstream sound. Musically, producers who stay in one genre may feel they are stagnating creatively and experimentation should always be encouraged. However, we know Cosmic Gate could produce electro house that is as intelligent as their previous trance releases and because of that, ‘So Get Up’ feels lacking in emotion and engagement. Listen to the track below, featured on Hardwell‘s Hardwell On Air radio show and let us know what you think.

Cosmic Gate – So Get Up

As expected, Skrillex has been added to the 2012 line up of Electric Zoo, following the “cryptic” scrambling of his name in the first…