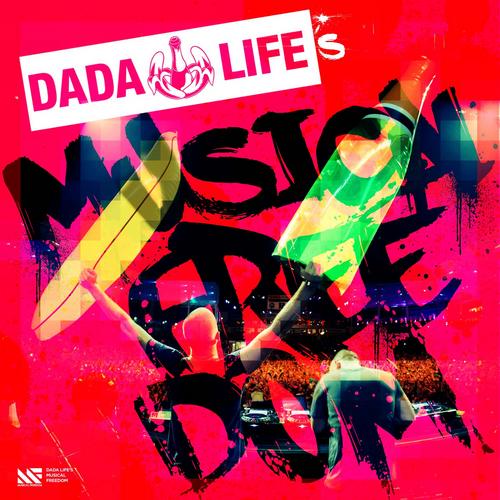 As we previewed earlier in the month, one of the biggest breakthroughs of 2011 and one of our personal favorites, Dada Life has come out with his long awaited debut mix for Tiesto’s Musical Freedom label. This is the inaugural mix for the label and the label will feature many other big mixes in the coming months (Nicky Romero, anyone?).

The mix, which spans an hour and change, will lift the hairs off your back with its kicking bass. The mix features all of Dada’s biggest tracks, though it would’ve been nice if they would have dug deeper into some of their earlier tracks from pre 2011 (I’m thinking, say, Happy Hands & Happy Feet), though it was nice to hear Dad’s breakthrough track, Do The F**king Dada. Still, Olle and Stephan know how to throw a party, and there is track after track of bangers on the mix.

Some highlights include Mush Mush, and Dada’s fresh remix of Afrojack’s Prutataaa. While there weren’t many tracks on the mix that were thrown out from left field, I got an awesome kick from hearing Felguk’s Bassive. Felguk, who is supremely underrated by the way, will also be in the city this Saturday night as part of the Anomaly bill. As a final touchdown to the mix, Dada Life threw in Tiesto’s awesome and beloved Maximal Crazy.

All in all, it’s a nice, chaotic and even introduction to the European house music that is dominating the techno-waves. It works great at the gym or at a pregame. If Dada Life were to make this his track list for any hour long set, I’d be more than ecstatic.