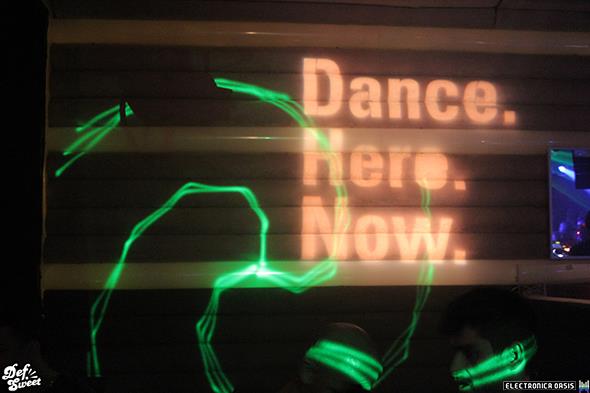 Even if you’ve never been to Cielo you’ve heard of the place. It’s been in the meatpacking district before it was cool and they’ve grown with the neighborhood while still staying ahead of the curve. In November of this past year the crew at Beatport ranked Cielo as having the best sound system in the country and while I can’t speak for most of the other venues on their list, Cielo does not disappoint.

Cielo’s ownerNicolas Matar has been spending the last few weeks celebrating the club’s 10th Anniversary and this past Thursday Victor Calderone was on hand for the revelry. Thursday’s are Dance.Here.Now’s acclaimed parties at Cielo and the crowd and energy in the room was warm and welcoming. When Calderone took his place behind the mixer you could feel the shift in the feel of the room even more than you could hear the change in the music. Cielo and Dance.Here.Now has worked hard to create a party where the people care about the music and it’s plain to see their work has paid off. This is in large part because Cielo as a rule doesn’t have elevated VIP tables, or a VIP area of any sort. It’s meant to be somewhere you can feel comfortable knowing that the dying-to-be-noticed crowd that populates so many other meatpacking haunts won’t be there taking up valuable space. 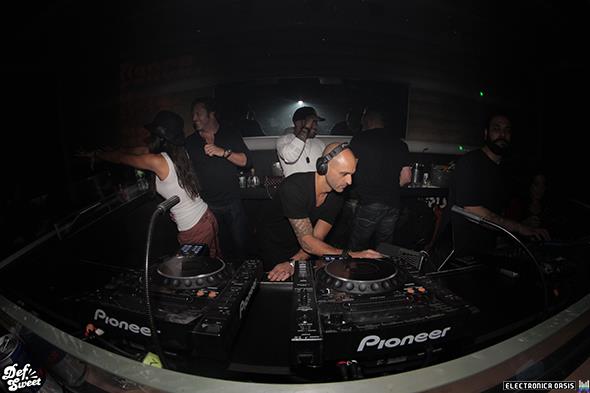 Calderon played a long impressive set seamlessly layering and mixing sounds creating what felt like one long beautiful song that compelled you to move your feet. Victor kept the people dancing with cuts like Dema and Paride Saraceni’s “The Snatch” and the dark, frenetic track “Techno Raw” from Spanish producers Coyu and Ramiro Lopez. Calderon’s DJ’ing had the crowd hanging on every pause, every little move he made with the music; he kept them engaged.

The lights and the sounds of Cielo are designed to be immersive; designed to keep the small room swaying and stepping to the music issuing forth from the uncomparable Funktion One speakers. The lighting in the club is fantastic and one of the really fun features are the different sized disco balls hanging from the ceiling playing tricks on your eyes. The truly brilliant part about the lighting and the sunken dance floor and the entire setup of the club is that the focus is not on the guy playing the records, it’s on the records that he plays.

If you haven’t been to Cielo you must check it out. Of course on the weekends the place is crazy but if you want to check out a party during the week their Deep Space party on Monday’s (which has defied time with over 500 parties) or Dance.Here.Now’s night on Thursday’s. Victor Calderon is a well known name in New York. He’s a hometown hero and a champion on the decks and the next time you have a chance to see him you’d be a fool not take it. 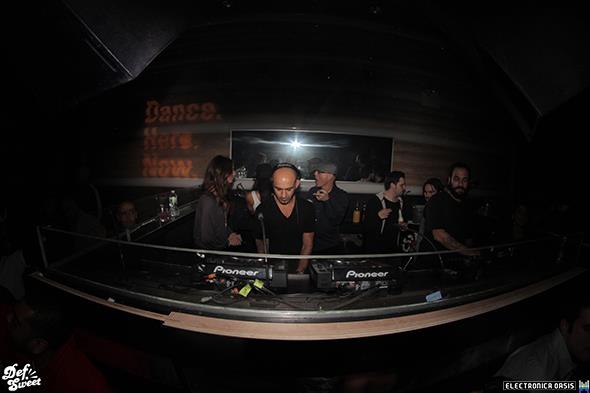