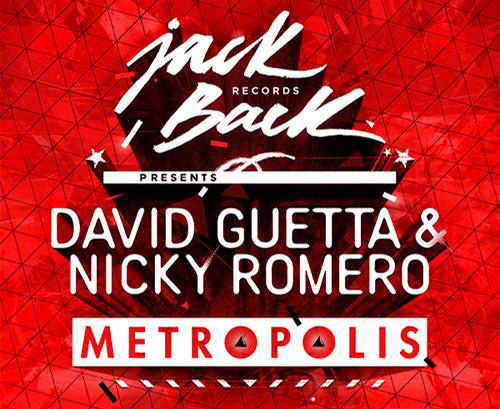 During David Guetta‘s set at Ultra this year, he announced that he was starting up a record label entitled Jack Back Recordings to release straight electro records.Guetta and frequent co-producer Nicky Romero seemingly haven’t stopped working for a second in 2012, with Romero releasing track after track, and Guetta just having released a free documentary.

The first release off the label is Metropolis, a collaboration between the two. Maybe Guetta’s been evaluating all the criticisms that he went pop, because this track is some pretty anthemic house music. There’s a twinge of Levels in here, and even a touch of Daft Punk circa 2001. Overall, a fine release from these two Euros and hopefully more good things are to come from their new label.

Electronica Oasis is proud to present our first live streaming broadcast with NYC producing duo, Hyperbits, today at 4pm. With the prolific GDJB and…