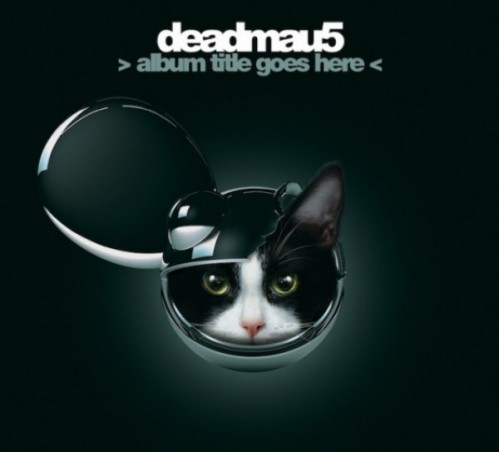 Deadmau5 can sure be a confusing guy.

In less than a week, he’s managed to headline a homecoming festival in Toronto with an exciting new fan-facing production interface, then rant about his need to hibernate and “unplug for a wee bit“, and now this: news of a 13-track album to be released on Ultra Music on September 25th.

Soâ€¦am I the only one wondering which Joel Zimmerman we will see in the next 12 months? (Click Read More!)

Will it be the relentless, 24/7 workaholic tech head, pushing the boundary of electronic production? Or the cynical, pessimistic outcast known to lash out at colleagues, critics and everyone in between?

As per usual, the answer is both. And both operating at full speed 100% all of the time.

2012 has been interesting for Joel to say the least. In a year that has seen the mau5 cross off almost every modern-day music titan checkbox, from Grammy Award appearance, to clothing line release, to Rolling Stone cover stories, to A-list celebrity feud, Deadmau5 has been making the most news lately for his “We All Hit Play” commentary on live performances (or lack thereof). The comments have been, much like many of his actions this year, controversial if not polarizing to say the least.

But let’s start with the news of the day. The album, creatively named “> album title goes here <” is just over a month from release, and is coming off the massively successful EP “The Veldt“. While many tracks have debuted in some form through SoundCloud WIPs, there are a number of innovative collaborations to be excited about (notably, with Imogen Heap, Gerard Way, and another track with Wolfgang Gartner). Add to this the final mastered versions of “Fn Pig“, “Closer“, and the recently previewed “There Might Be Coffee“, there is no doubt this should be amongst the biggest – at least the most significant – news from the Deadmau5 camp this year.

Looking back on the “unplug” Tumblr post, something just seems a bit off. Deadmau5 came out to VELD Music Festival in Toronto this weekend and, even through rainy skies, delivered a majestic performance of new material and old favourites.

httpv://www.youtube.com/watch?v=CRmiV7CewTM
It’s still hard to speculate what triggered the late-night rant – rumors that his late-night set at the seedy nightclub The Guvernment involved glowsticks being hurled at the stage have begun to swirl. Perhaps it was just a combination of frustration and alcohol – even the best of us have drunk-blogged. But on the heels of an album release and coming off a large-stage festival production, the timing seems strange for Deadmau5 to effectively go on strike.

Check out the interview below with Canadian contemporary radio program Studio Q. Host Jian Ghomeshi plays both interviewer and psychiatrist in this 45-minute segment, tackling issues from Twitter to Madonna to selling out to dubstep to a listener base who has probably never heard of the term. It is a rare look into the personable side of Joel Zimmerman and absolutely worth the watch.

And as any fan of electronic music it’s hard not to be excited about new material from an artist that embodies the often misused term “progressive”. As for the media hoopla that surrounds him, remember that Joel Zimmerman is one of the most outspoken (sometimes not so rightfully so) artists of our generation. But, at the same time, there’s a human being in there as well. Sometimes he tricks us with that mouse head.