EO had the pleasure of attending Decadence NYE, Colorado’s largest New Year’s Eve party, to ring in the New Year. Although 2013 was the festival’s third installment, 2013 was the first year Decadence took place over the course of two days. Decadence welcomed 2014 with more than 40,000 people, including a sell-out crowd on December 31st.
Colorado Convention Center
The thought of an inside festival was a little unnerving to us at first. EDC NY had enough trouble with overlapping sound across stages this past spring, and that was outdoors at Citi Field! However, the Colorado Convention Center ended up being a GREAT event space- a gigantic one at that! The area was divided into three rooms for each of the three stages; all conjoining in the back, traffic could easily flow from one room to another. The three rooms were HUGE and sound overlap was a nonexistent issue. In the spirit of a true critic, however, the sound could have been turned up a little louder, as to achieve that bass-rumbling-to-the-core feeling. Ear plugs were not needed (some might find this a good thing!). That said, an increase in volume would most likely result in sound overlapping, which would only cause an onslaught of new complaints :)

Vendors
Along with featuring the Submission Arena/Deep House Arena stage, the middle room was home to a multitude of vendors selling a wide array of items spanning from funky patterned leggings to LED light up rave toys to sound activated LED tee-shirts to fuzzy rave gear. In New York City, boutique vendors are strictly for large scale outdoor events and, besides official merchandise tables, are not found at in-door events. Vendors were a great addition to the event space and really distinguished the event from east-coast shows. 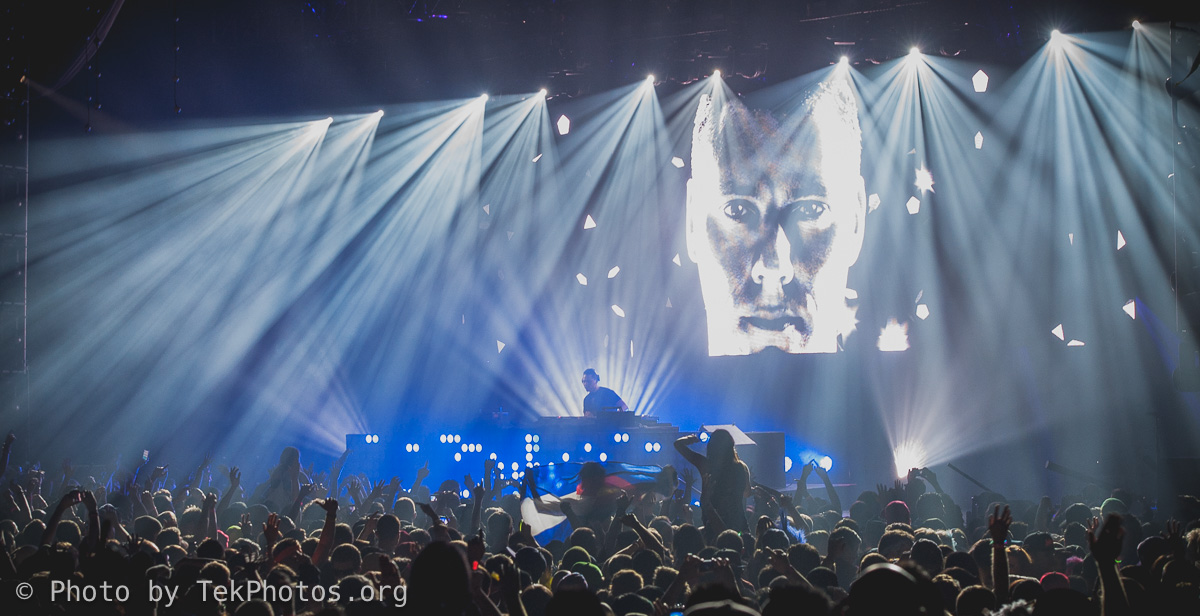 Tiesto
Tiesto dropped ‘Feel It In My Bones’!!!! Hearing Tiesto drop a track off of his Kaleidoscope album was quite the treat, especially since he has been focusing more so on his electro-house Club Life sound in recent times. Tiesto’s set also surpassed the others in terms of production; Tijs effectively complements his set list with very poignant visual narratives on the backdrop. While playing his track ‘Take Me’ featuring Kyler England, Tiesto projected a heartwarming visual narrative of two young women traveling through the desert by car. However, Tiesto did close with ‘Maximal Crazy’ and, as good as a song as it was (when it first came out), he has been closing with this song for a year and a half now; time for a change, Tijs. 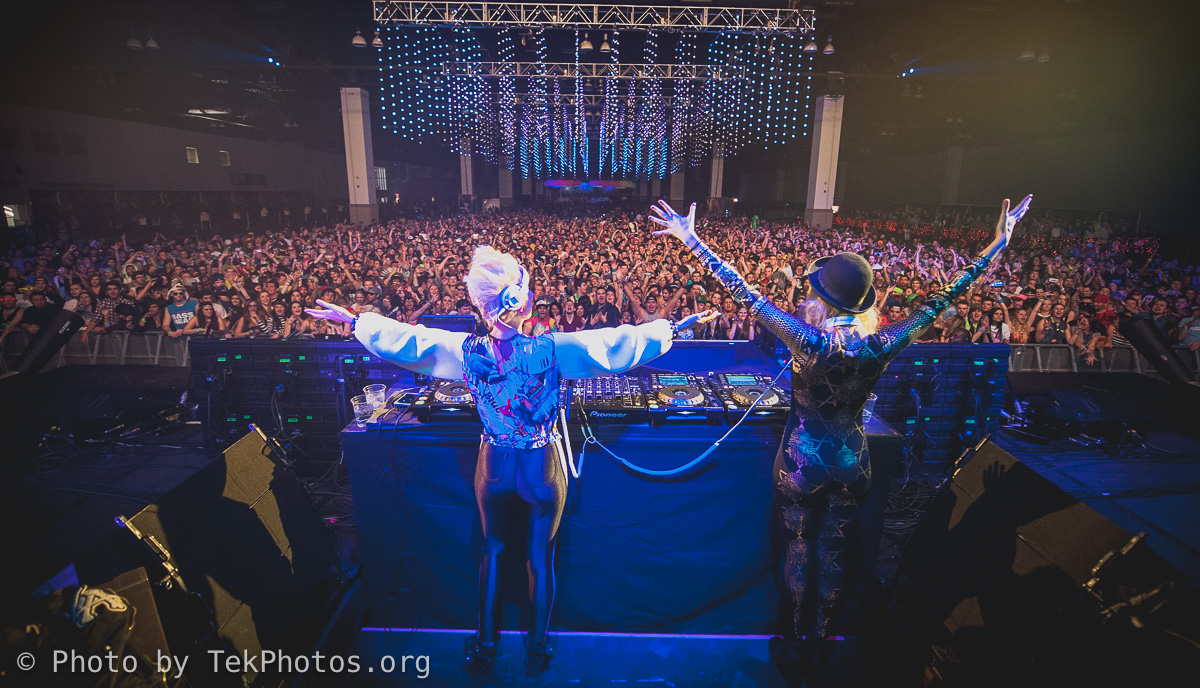 Bathrooms & Bars
Since Decadence was held indoors at a large event space created for the use of thousands of people (hence, convention center), the bathroom situation was ideal. There was not a port-o in sight and, with multiple locations, the real bathrooms were clean and lines were short! Similarly, there were minimal wait times at each of the bar areas. Exceptionally organized with an ‘entrance’ and ‘exit’ by means of metal gates, the bar areas were prepared for hordes of people trying to get their booze on. To top it off, $5 glasses of champagne were offered!

Overall, Decadence was an incredible experience. The Colorado Convention Center functioned as the perfect indoor festival space with pristine bathrooms and ample grounds. The event ran smoothly with no glaring issues. Good vibes radiated all around as everyone danced into 2014.

Exes Chris Brown and Rihanna continue to compete for house music dominance, with CB perhaps having the leg up at the moment now that…