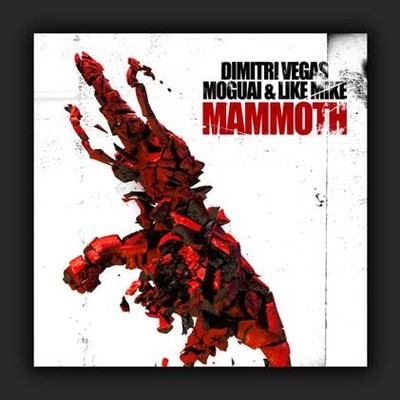 Like Mike and Dimitri Vegas, or the ‘Smash the House’ brothers, team up with producer Moguai to make this massive beat ‘Mammoth’ from Spinnin’ Records. The song is a perfect blend of the creator’s styles, with creative synths, powerful bass sections, and a giant drop. The track features no vocals; its raw dance in its organic form. Dimitri Vegas and Like Mike have exploded on the scene and validated their superstar quality over the past three years, with their presence being demanded from dance fans around the globe. So, it’s only appropriate that they collaborate with versatile EDM veteran Moguai, who has been on the scene since 1994.

The brotherly duo and German producer had their high octane song featured in the official after movie for Tomorrowland 2012, where they teamed up and played to a colossal crowd with fans from over 75 different countries. It’s a MAMMOTH of a track that has summer anthem written all over it.

Released TODAY the follow up track to ‘The Chainsmokers‘ global hit ‘#SELFIE‘ is here. ‘Kanye’ features the high pitch vocals of Siren. This triumphant…