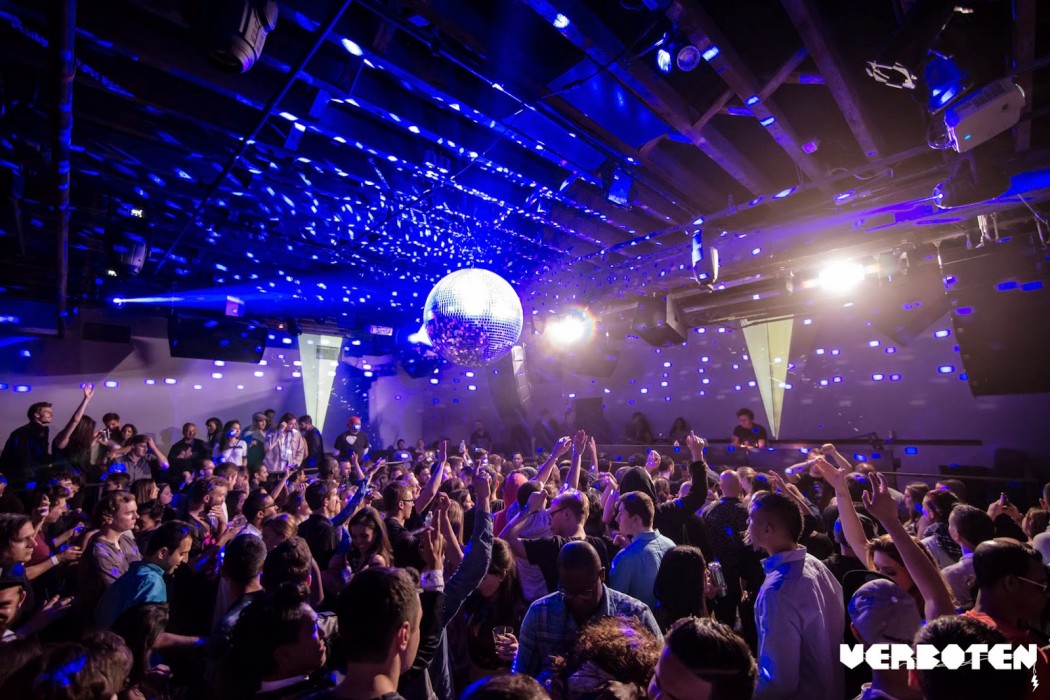 San Francisco’s dirtybird crew touches down in Brooklyn with their infamous dirtybird BBQ for a big day of sizzling grooves, food and fun in the sun on Sunday, August 17. Labelhead Claude VonStroke brings his entire cadre of fellow ‘birds, including Justin Martin, Kill Frenzy, Christian Martin, Justin Jay,Ardalan and a surprise guest. The dirtybird BBQ takes place in Williamsburg, Brooklyn at 50 Kent Ave. with an afterparty to follow at Verboten.
The whole dirtybird crew will entertain on the decks of an outdoor stage with their signature bass-driven brand of house music, while Chef Grillson and chef Chris McLaughlin cook up a selection of  BBQ available while supplies last. The menu includes a pig roast with pulled pork cubans and sliders, baby back ribs, dirtybird wings, shrimp skewers, veggie burgers and Italian ice. Arrive early for complimentary sliders! Beer and wine will also be available for purchase. With minimum fist-pumping and maximum booty-shaking, the dirtybird BBQ promises to be one of the most down to earth, fun parties of the summer.
Barclay Crenshaw created the quirky alias Claude VonStroke in 2005 and went on to become one of the most well respected label owners and DJs in dance music. Since the creation of dirtybird, Claude has continued to be the dedicated A&R man, signing over 100 EPs and demonstrating his incredible ear for what works on the dance-floor. This September, a much-anticipated third artist album will come from the dirtybird chief. Listen to his latest EP ‘CaliFuture’ here.
Justin Martin initially attracted the attention of the electronic music community in 2003 with his first record “The Sad Piano” on Ben Watt’s Buzzin’ Fly label. Mentored by fellow super producer Claude VonStroke, Justin was intrinsically involved with the development of dirtybird records, appearing on its first four releases. His sound is typically described as “melodic and tough” with his music encapsulating both melody and emotional depth, yet always with enough undeniable ass-shaking properties to translate to the floor.
Kill Frenzy worked his way into the production game rather quickly after discovering the fast dirty booty house tracks coming from Chicago and Detroit at the age of 17. Not wanting to limit himself to just one style he started working on producing various styles including house, techno, tech-house, and minimal. In 2012 Kill Frenzy debuted on dirtybird with “Make that Booty Clap” featuring DJ Funk, which became a track widely known across the world.
Since 1995, Christian Martin has been exploring electronic music from full-moon parties in the deserts of California to the thumping, dark corners of the London club scene. He set the standard for a new era of die-hard dedicated DIY producers in 2003 when he bought his first sound system, and since then his devotion to large-scale bass has allowed him to champion the dirtybird sound out of the park and onto giant soundsystems at clubs and festivals worldwide.
After catching ears in 2010 when he won a DJ contest sponsored by DJ Mag, Justin Jay landed an apprenticeship at Atlantic Records with DJ Frank E working on dance-infused pop and hip-hop. With a true calling for groovy deep house and raunchy tech, Justin is back to making all sorts of unique electronic music within the underground scene of the industry.
Ardalan possesses a fresh perspective on music genesis without even trying. His mixes, remixes and dubs are known for their sass and energy, but his original tracks are where his efforts shine. His ability to whip out hits that work equally well from the dankest basements to the most opulent dance floors is the greatest strength in his music.
A portion of the proceeds will be donated to GFSP at Francis Perkins Academy on Bedford Ave., a non-profit, independent film organization whose mission is to educate, develop and celebrate the next generation of great American storytellers. Learn more here.
The event is held in association with the Greenpoint Chamber of Commerce and the Open Space Alliance. 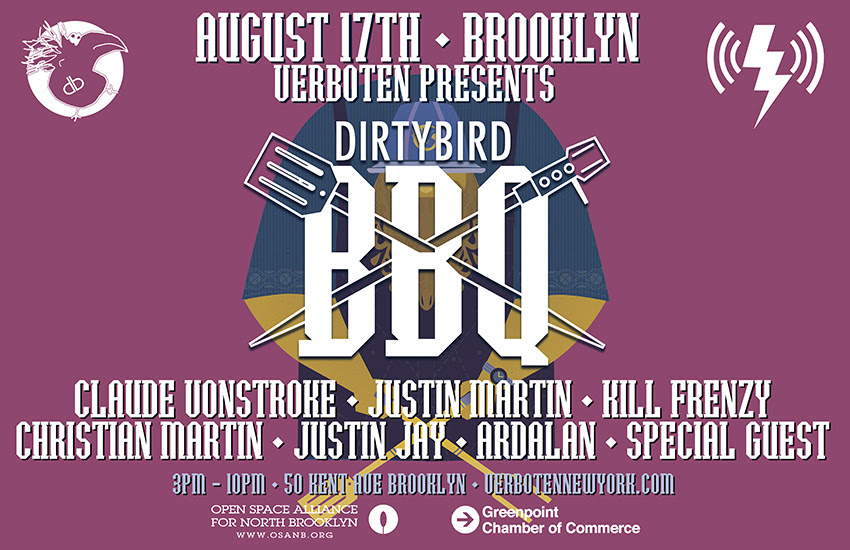 This track has the exact same feel as Deadmau5’s remix of Medina ‘You and I.’ Not much of an introduction needed for Eric Morillo….