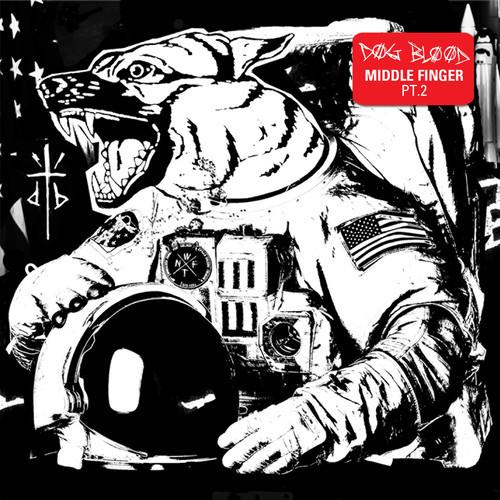 If you’re not familiar with Dog Blood now’s the time to sharpen up. Dog Blood is the creation of American dubstep star Skrillex and German house mastermind Boys Noize. This side project has created some confusion and controversy. Combined Skrillex and Boys Noize have about 3,500,000 followers on Twitter while their lesser known super group only has 15,000. Fans looking for a more ‘traditional’ Skrillex production have been torn between the new direction Sonny has been going and his trademark aggressive sound.

The boys have released their latest EP with a collection of 3 original songs and two remixes from The M Machine and Millions Like Us. These 3 all new tracks have made appearances on Skrillex’s BBC Radio 1 Essential Mix, and Dog Blood’s Coachella set. There’s no point in trying to put the production of this EP in a box, Sonny and Alex took cues from a bunch of different genres and mashed them all together. There’s hip-hop elements, acid house, techno, dubstep, and even some metal thrown in there. These two have been smashing stages all summer on the festival circuit and are ending the summer at Electric Zoo. Despite their differences in production fans of Boys Noize and of Skrillex have nothing to fear, Dog Blood sets have a little something for everyone.

While deciding what song I wanted to write about I found myself choosing between 3 different Orjan Nilsen tracks, and for good reason! Armin…