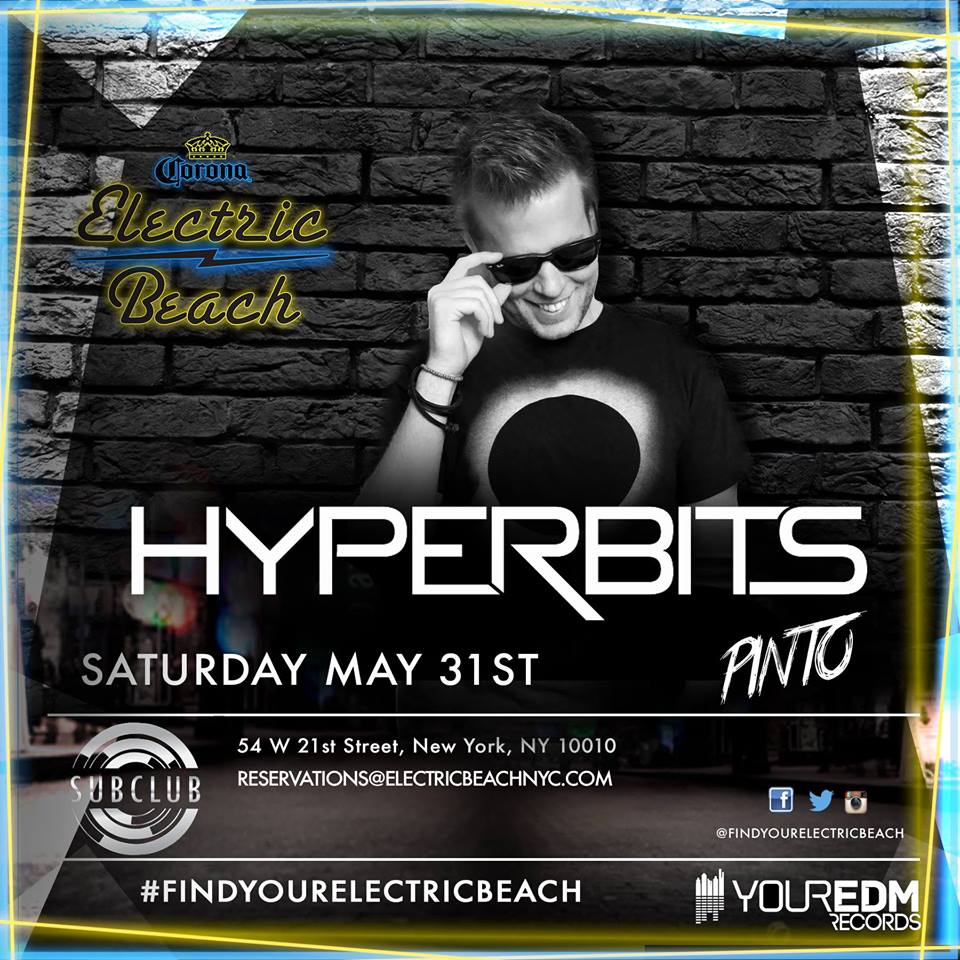 Geoffery Chaucer is the man credited with being the first person to put the idiom “it’s better late than never” into print. Good thing he did, because that quote helps justify this late announcement.

Tomorrow night New York based producer/DJ Serik Slobodskoy, more commonly known as Hyperbits, will be spinning at one of the many hot new night clubs that have been popping up all over New York City, Subclub. Located in the heart of Manhattan’s Chelsea neighborhood, Subclub is the new home for Corona’s Saturday night party, Electric Beach. Formerly stationed at Santos Party House, with a brief stint at Motivo, Electric Beach is known for booking some of the hottest DJs before they achieve stardom. What makes Electric Beach even more appealing to New Yorkers is how affordable they are; $20 tickets, $5 Corona bottles and buckets of Corona for $35. With fair admission and beverage prices, it is easy to be enticed to attend Electric Beach on Saturday, but make sure you don’t sleep on the talent. 2013 was a breakthrough year for the Hyperbits; With an EDC NYC performance under his belt early last May, and four consecutive singles charting in the Beatport Trance & Progressive House Top 100, it is obvious that he wanted to set the tone last year, to make way for a big 2014.

The doors open at 11:00pm, and the party goes until 4:00am. Hyperbits will be receiving support from Pinto, another up-and-coming New York City producer/DJ.