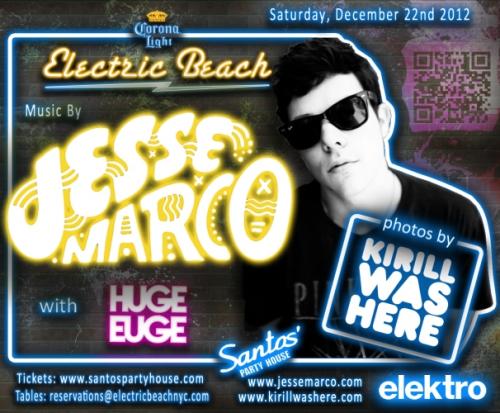 The end of the world is not happening just yet , so Jesse Marco will still be spinning Saturday at Santos Party House ! This young phenom has already accomplished so much, and you really won’t want to miss your chance to see him. If you haven’t seen Jesse before and at first glance he seems familiar, your right, he starred in Project X. Jesse also spins for celebrities around the world and has modeled for a variety of different famous clothing lines. Earlier in the year, Jesse Marco released ‘Daddy Cool’ , a nu-disco type track. The video is awesome and you can check it out below. He is a talented young DJ and you will see him bring his signature Electro disco style beats deep into the night on Saturday to the beautiful people at Santos Party House. For tickets click here.

5 Electronica Music Apps to Check Out

There aren’t too many house/electro music apps out there right now for the iPhone. We decided to compile a few of the better ones…