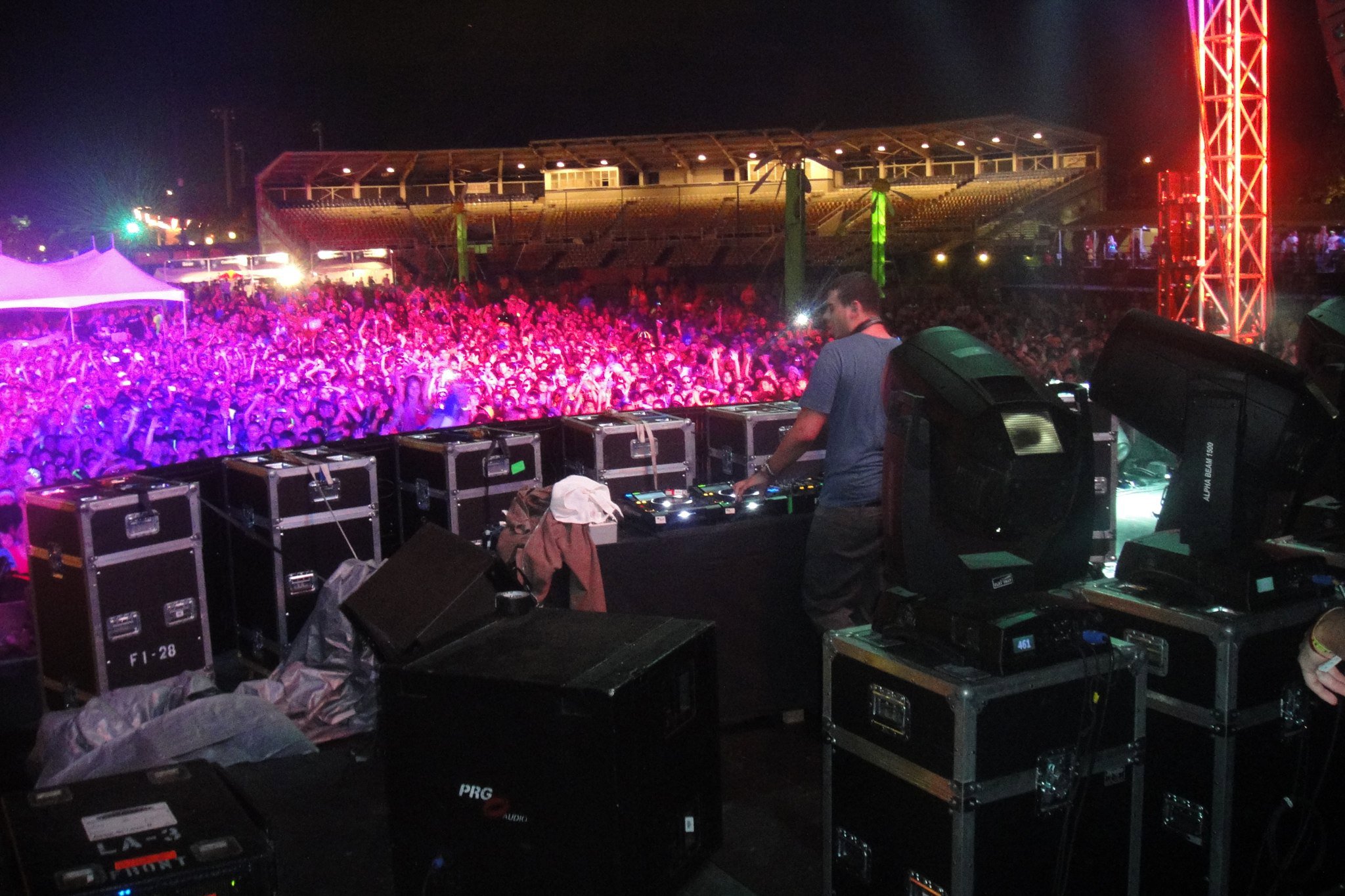 To be quite honest with you, I am still in a state of shock from the last few days, so writing is not my strong suite as of this moment. I went to Afrojack at Pacha NYC on Thursday night and flew directly to Orlando for EDC from the show…brutal! But I will do my best to recount the music, experiences, and people I have seen/met over the last 2 days, mostly via pictures and videos that I personally took. In this review you will find pictures/videos from producers like Funkagenda, Chris Lake, Skrillex, Porter Robinson, Afrojack, Tommie Sunshine and Dirty South. So click Read More to see some great stuff from the show!
My day started with a set at 4:30 from Tommie Sunshine. It was pretty cool to watch considering the fact that I was consulted by him when deciding what tracks to drop during his set. The big tracks for that set were Zedd’s unreleased monster ‘Dovregubben’ and the unreleased Brooklyn Fire track which has been supported by Tiesto, Fuser’s ‘Bangtuk’. Lots of YouTube videos to come from this set soon! 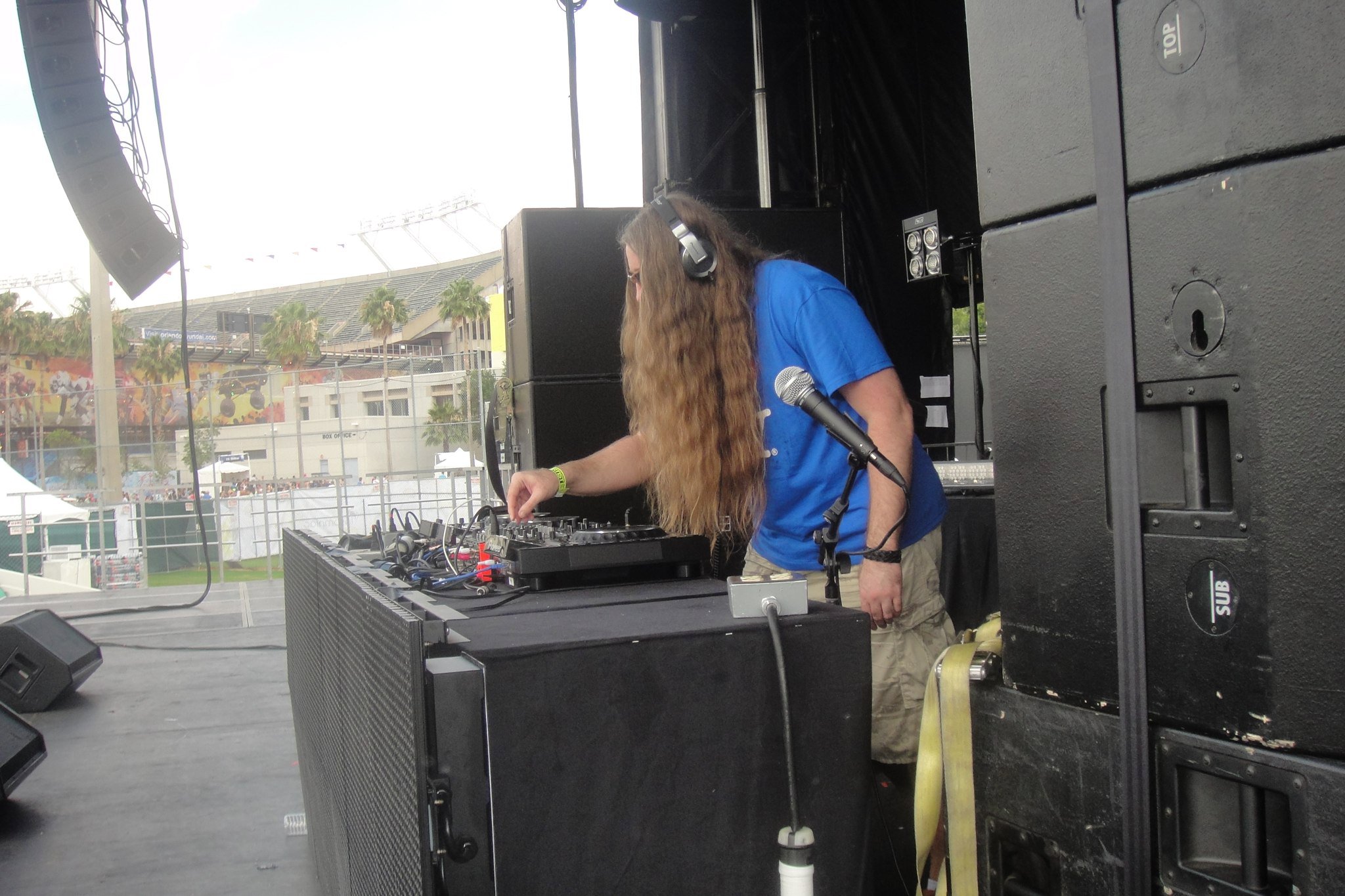 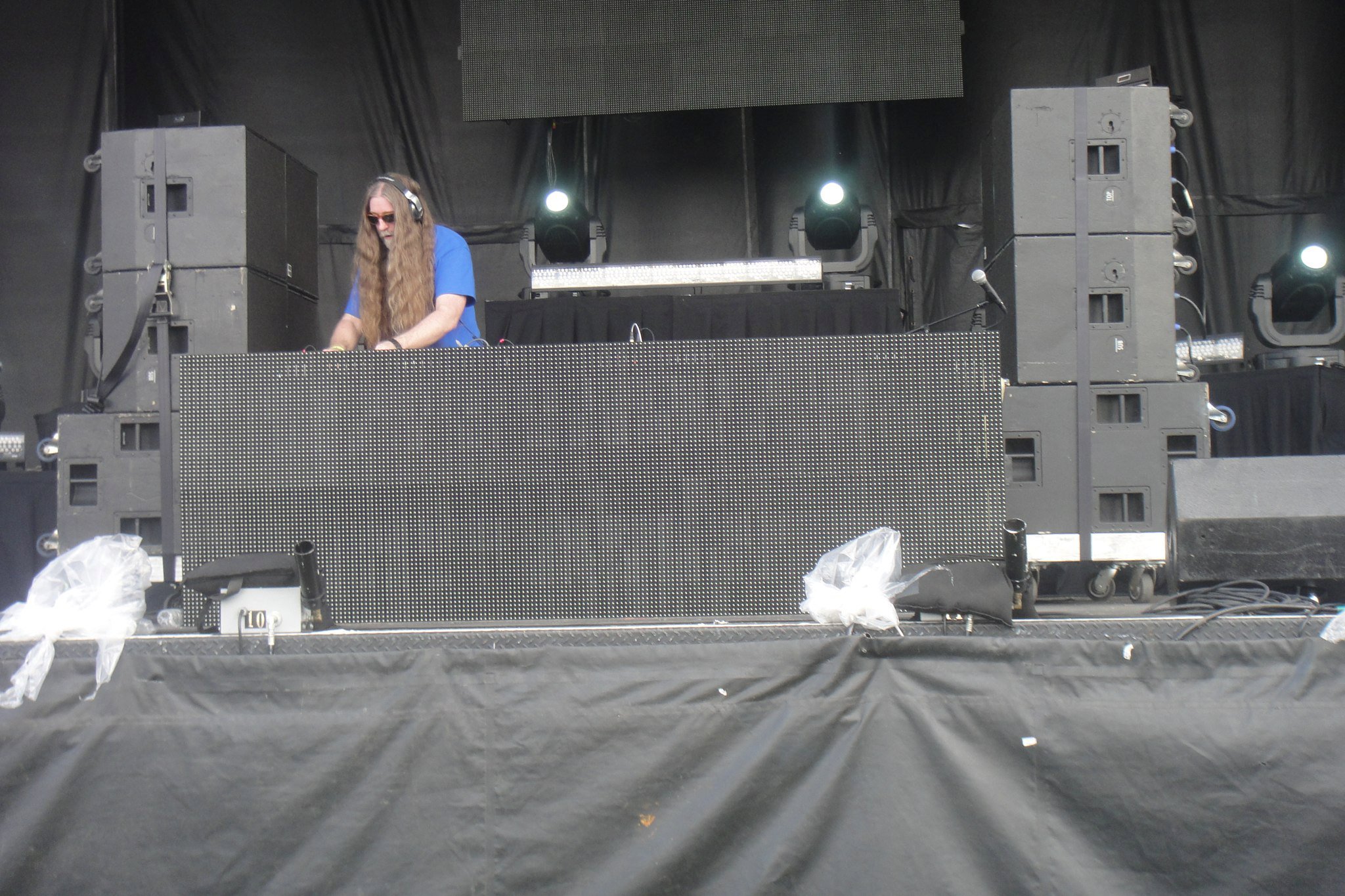 Next, after his set, Tommie and I ventured over to the main stage to catch Funkagenda’s set. It was super cool to hear him play ‘Space Junk’ and throw the classic ‘What Da Fuck’ acapella over some other originals, and after I even got to talk to him about his live iPad set up. Really nice guy. He even offered to do an interview with us, so keep an eye out for that! 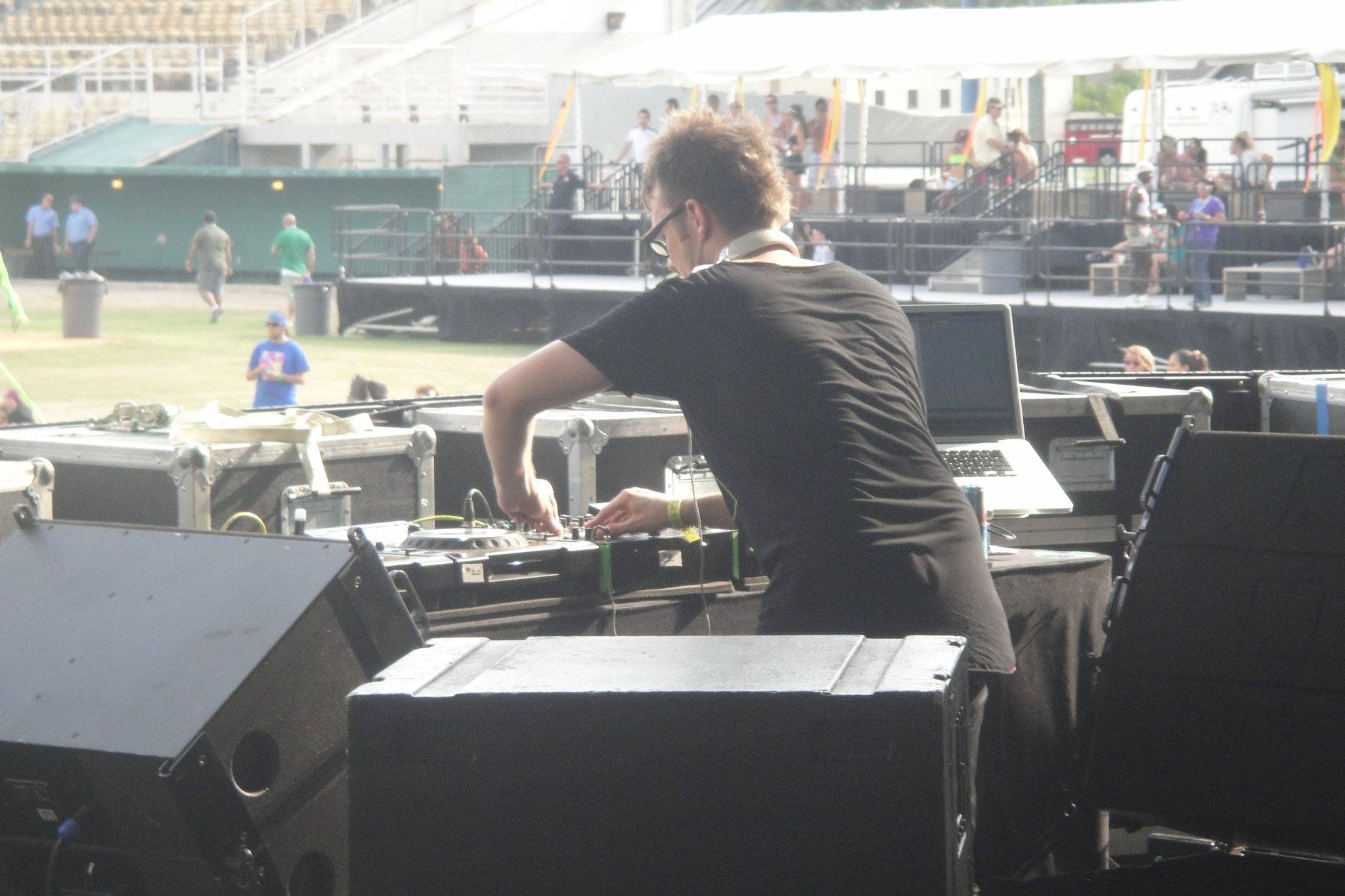 Next up on that stage was Chris Lake. Funkagenda told me that the CDJ’s were not reading his new SD cards, so he had to play music with a USB stick that had last been updated in March. His set was still unbelievable and I got a cool video of him playing!

After Chris was perhaps my #1 favorite set of the day, Dirty South. His opening alone blew me away. An acapella of ‘Sweet Disposition’ mixed into Tim Mason’s ‘The Moment’. His set was killer and he pretty much dropped all his classics along with every new/quality Size Records release. I managed to get a picture with him and also take an unbelievable video of him playing ‘Smolengrad’, a track from Swanky Tunes and Hard Rock Sofa that has been supported by literally EVERYONE!! 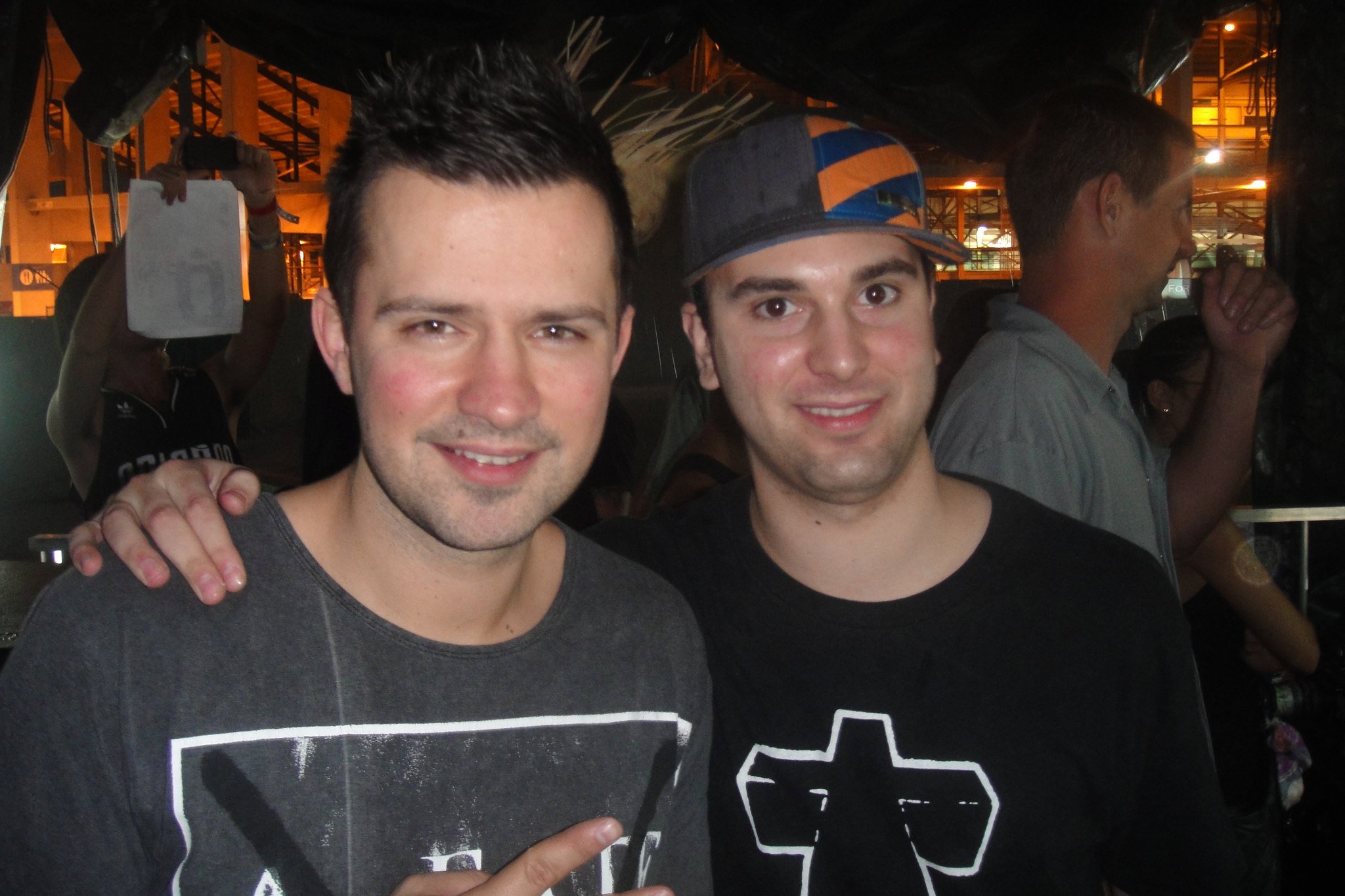 Now, this is when it gets interesting. A storm of epic proportions hit, and I ran into the actual stadium to seek cover (there was no stage here). I ended up seeing/meeting 12th Planet, Skrillex, Afrojack, and many other producers under there. It was so awesome to see all these guys hanging with each other. Here is a picture of Dirty South, Skrillex, and Afrojack trying to stand on a golf cart to get a glimpse of the rain. I also got a picture with all these guys, and they were super cool! 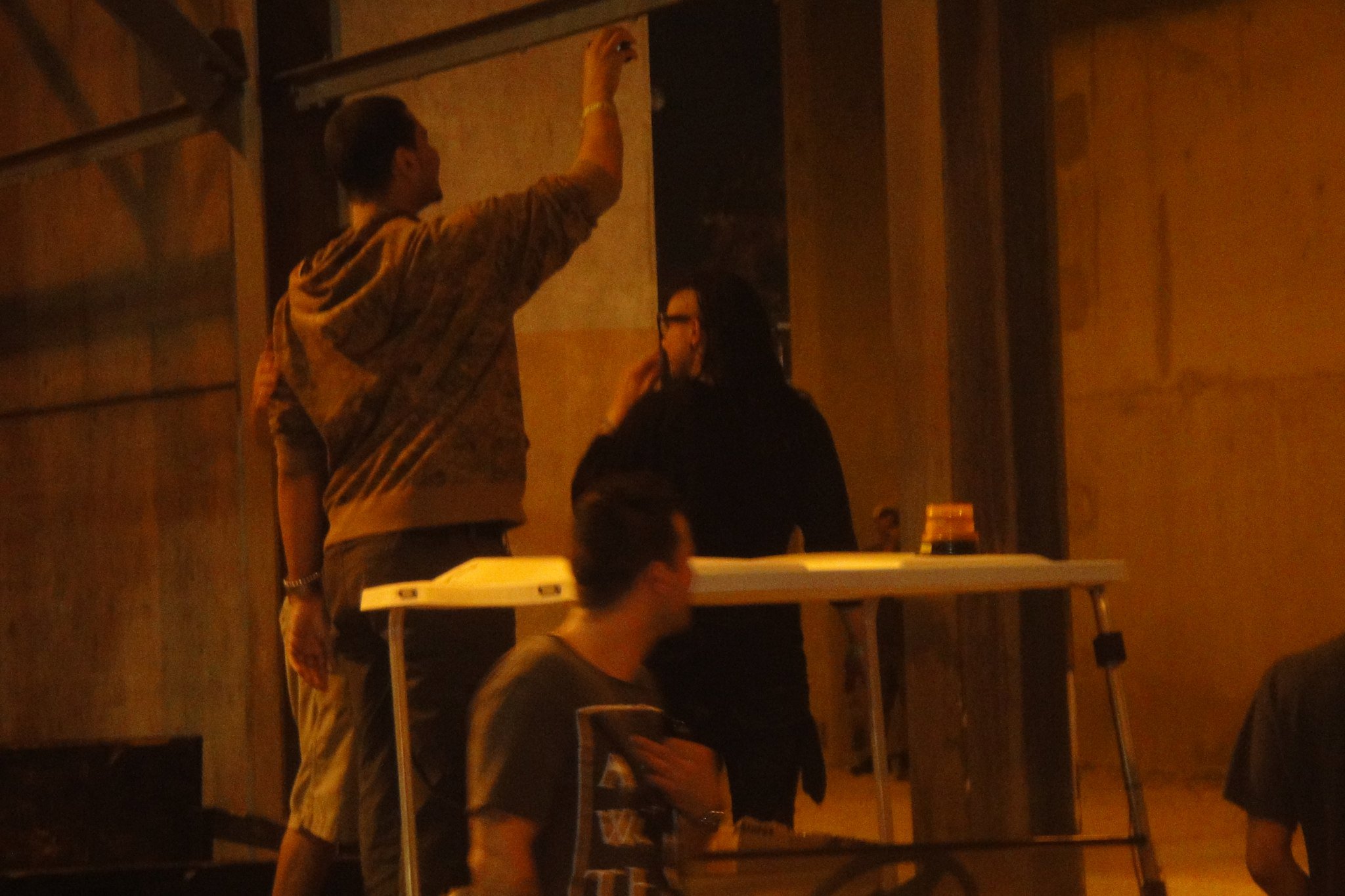 Eventually the rain stopped, and Skrillex and Afrojack both went to prepare their sets. I ventured over to see Porter Robinson and saw him drop his new track ‘Peace’ along with some very cool Daft Punk edits. He was an absolute maniac to see on stage. My favorite part of the video below is when he teases Pleasurekraft’s ‘Tarantula’.

After seeing Porter, I walked back to the main stage to see Afrojack for the 2nd time in 24 hours. His music never gets old…ever. It was very cool to see him drop his classics like ‘Bangduck’, ‘Replica’, and ‘Louder Than Words’ but in a completely different order/style as the night before at Pacha. Here is a wild video of him from Pacha.

I then walked back to the Circuit Grounds stage to see Skrillex. I managed to make my way DIRECTLY behind him, and I could see exactly what he was doing. He was dropping some ridiculous stuff. An outrageous ‘Pon De Floor’ dubstep edit and his ‘Cinema’ remix were the fan favorites. 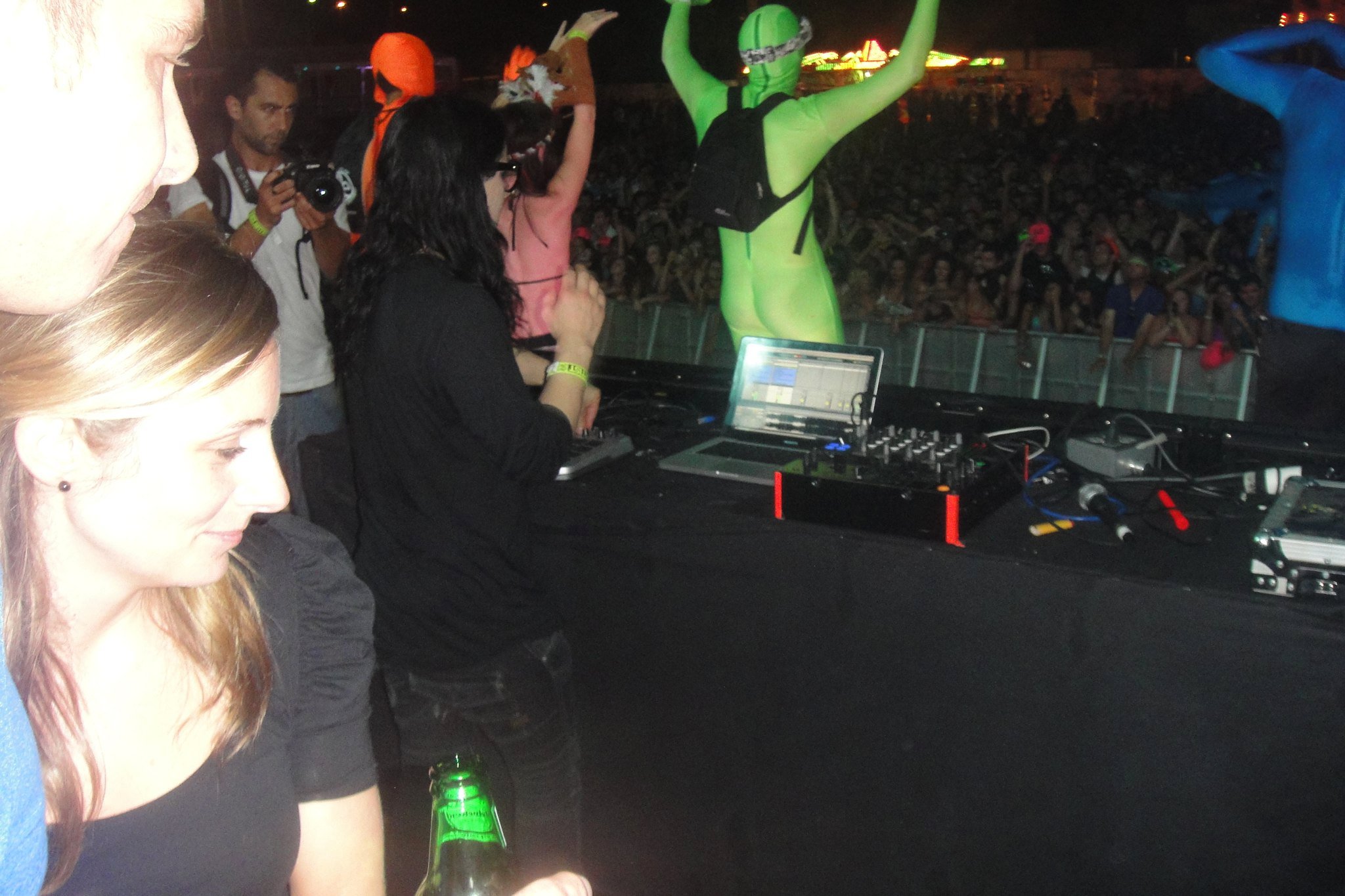 The last set of the day I saw was obviously Tiesto. This was actually only my 2nd time seeing him. It was amazing to watch him drop hard electro track after hard electro track, and even tease some dubstep. It appears as though Tiesto has left trance in the rearview and has gone on to prefer tracks like Bassjacker’s ‘Mush Mush’.

I’m not even going to get into Day 2, but you can bet that Calvin Harris, Diplo, Harvard Bass, and Felix Cartal killed it!