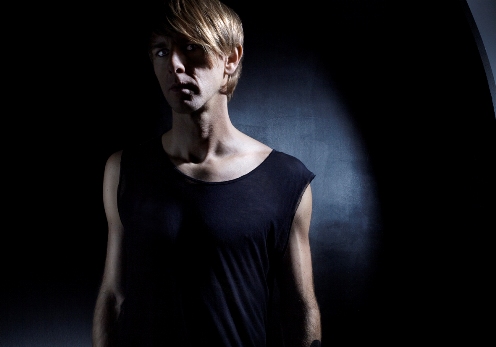 We were fortunate enough to sit down with the Detroit techno ambassador, Mr. Richie Hawtin, before his headlining set. Richie had curated his own “ENTER” stage, with heavy-hitting acts such as Magda (whose interview we will be posting later), Visionquest, Dubfire, and the Desolat king himself Loco Dice. The vibe was off the charts from the beginning of the day, and having Dubfire and Loco DiceÂ play right before you really sets the mood and gets the crowd ready for mayhem. Dubfire’s chrome black techno and Dice’s percussion-heavy tracks (Pirupa’s ‘Party Non Stop’ was a highlight) were the perfect precursor to Richie Hawtin’sÂ inimitableÂ brand of minimal techno. Stellar visuals coupled with Richie’s signature Minus sound and a slight volume and bass increase made for a truly unforgettable closing set. Massive bombs such as “Who’s Afraid of Detroit” by Claude Von Stroke and “Korrado” by the new Minus signing Matador went over extremely well. Check after the jump for more information about how he handled a disastrous 1994 show in Detroit, what he thinks about playing in New York, and how obnoxiously loud his speakers are in the basement of his house…

JB: How is the label going, Minus? You guys have always been at the top of the scene with regards to quality releases. How are the new signings Matador and Hobo?

Richie Hawtin: Those two are crazy twins together. Hobo I have known for about 10 years. He just turned 28 and I don’t know but it seems like he has found his calling. He was doing live shows but now he’s just DJing more and he’s just maturing really nicely into his own sound. I think it is going to be a killer year for him. Matador is our newest signing from Dublin, and he is just absolutely killer. Sometimes these guys take a long burn to mature, like Hobo. But now is the right time. Matador is about the same age as Hobo and I think they are going to have a similar trajectory. They are going to be the next Marco Houle and Magda maybe. Heartthrob also has some great stuff going on. He has some great minimal, disco weirdness going on. He is also doing some stuff with Jamie Jones. Ambivalent has a new record coming out. His DJ sets are getting stronger and stronger as well. Everyone has a great momentum right now.

How do you like playing for the New York crowd? Do you think that they are embracing your brand of Detroit minimal techno and house?

RH: Well what we are doing on this stage here is not the most commercial or well known stuff, as you know. This is the underground stage. We have always had our sound, and with it a very strong following. The New York area has always been very loyal to that sound. Going back to the times of Twilo and those clubs, it has always been a pleasure to come back and play here.

How do you decide what gigs are Plastikman gigs and what gigs are Richie Hawtin gigs? Does it depend largely on production capabilities, or more so on your personal preference?

RH: It depends mostly on production. Plastikman gigs can only fit into certain slots. Even when the production can be there and the promoters can afford it, it is not always the right place to do it. Plastikman is very specific. It is not for the uninitiated. It needs to have a strong following who understand underground electronic music, and furthermore can appreciate that type of thing. It is really pushing that underground type of sound. So it comes and goes when it is the right time for it.

The Plastikman sets kind of reminds me a little bit of Dixon, not so much sound wise but certainly structure wise. What do you think of him?

RH: It could be I guess. I am actually a big fan of Dixon’s work. Its funny, when you make music, you hear it one way and other people hear it another way. I never want to say anything against, or even disagree with another persons interpretation. Music is a personal thing. You take it in, and it is your own experience.

Myself and Magda came up with the following questions together

Packard Plant in Detroit. 1994. Who set off the smoke bomb in the venue and how did it affect your set?

RH: I have no idea who lit it off. But it affected the party by clearing everyone out. We all thought that was a great thing because the party was completely packed. There were about 3,000 people, really big for the Detroit days. And after the smoke bomb, the only people who stayed were the really hardcore fans, and thats when the party got really good.

What is your following like in Detroit now? Is it outrageous how many people would come to see you play? Perhaps even pack out an arena?

RH: I can’t pack out an arena, but what is so great about playing in Detroit is you can get a 16 year old kid, and then you can get a 45 year old guy who was at that Packard Plant party 20 years ago. It is really a generational following.

How loud are the speakers in your basement in Canada?

A massive thanks to Richie Hawtin and MSO PR for allowing us to do this. Check out Richie’s label releases HERE.

Mister East in Roselle, New Jersey is rapidly becoming one of our favorite venues in the tri-state area. Jersey natives can stop by and…