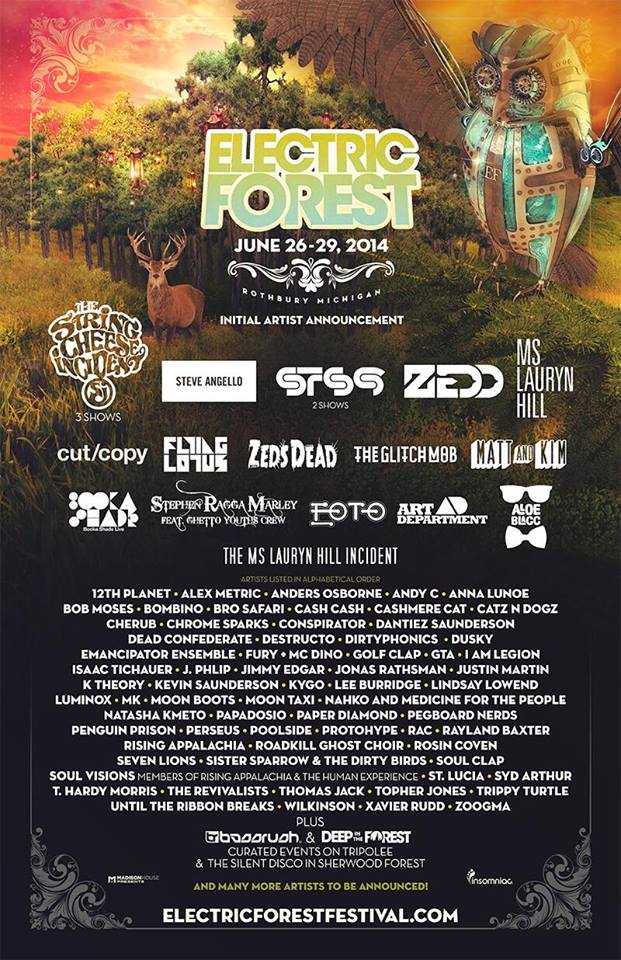 After some speculation to the future of Electric Forest, an initial lineup was finally released, confirming that the festival will in fact take place as scheduled in Rothbury, MI June 26th-29th.

Joining The String Cheese Incident in the Sherwood Forest this year, STS9, Zedd, Booka Shade, Steve Angello are all included on the bill. This year’s lineup also features some techno and deep house names such as Art Department, Moon Boots, MK and Justin Martin.

We hope you noticed Ms Lauryn Hill’s name on the lineup as well, including The Ms Lauryn Hill Incident! We can only image what Cheese and Ms Hill have in store for us with this one.

Tickets for Electric Forest are on sale! This one is definitely worth the trek.