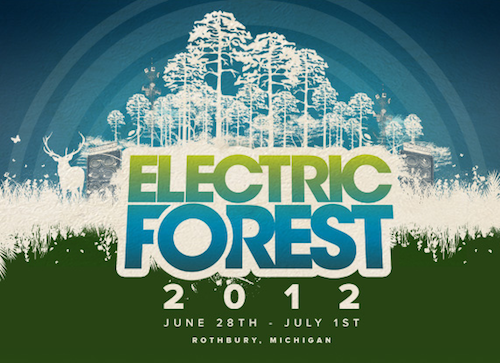 With Electric Forest literally only ONE day away, itâ€™s time to shed the light on what to expect each day. If you missed it:
– Thursday + The Basics
– Friday

Our guide to Sunday will be released tomorrow!

Saturday after the jump!

12th Planet – Claiming the title as one of the biggest pioneers in dubstep sound, this guy undoubtedly knows what heâ€™s doing. Get ready to be blasted out of the forest and into space by the sheer force of his mythological, subsonic frequencies.

Major Lazer – The forest is due to get tropical when Diplo and Switch join forces to bring you a set drenched with futuristic dancehall bangers. The collaborative group boasts guarantees of a feel good digital get down that will most definitely leave you feeling the burn.

Big Freedia and The Divas – Freediaâ€™s performance will most likely be a first time experience for most and is surely going to be nothing short of fabulous. The rapper brings the â€œBounceâ€ genre up from the dirty south and will be sure to set the forest on fire with her super hyped up and down right fun vibes that gets everybody moving.

What You Can Pass On

To be honest, Saturday is so filled to the brim with spectacular performers that youâ€™re going to have to pick and choose wisely. The String Cheese Incident plays four hour sets Friday, Saturday, and Sunday so be sure to catch some of what theyâ€™re bringing one of those days. However during their Saturday set, Das Racist and Nobody Beats the Drum (DJ SET) perform during the same time slot. STS9, Dada Life, Girl Talk, and Major Lazer all have overlapping sets later into the night as well.

In case, somehow, there wasn’t enough house music this weekend for you to choose from, Sebastian Ingrosso announced 2 shows this weekend at Roseland…