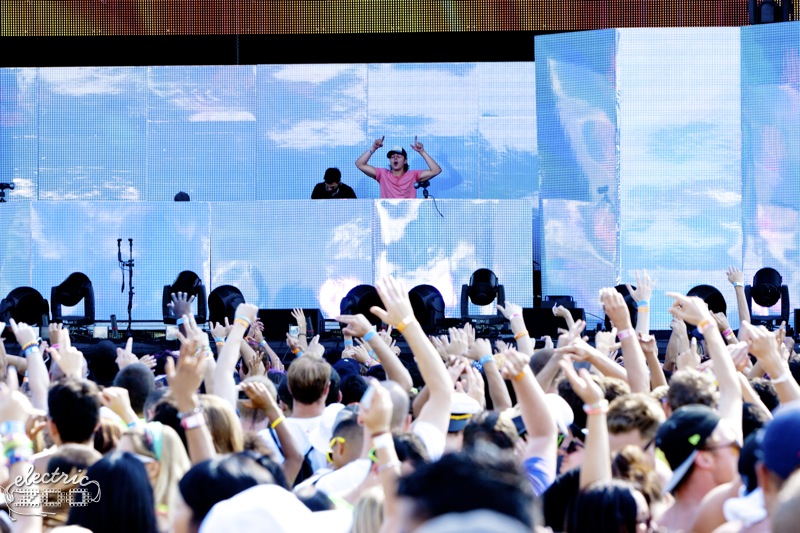 AN21 & Max Vangeli are slowly but surely becoming household names within the electronic dance music world. They have a new album coming out with some of biggest collaborations you have ever heard, Â they managed to pack the mainstage on Friday afternoon even though their time was conflicting with Bart B More and Sunnery James/Ryan Marciano, and the way they synch up as DJs is a thing of beauty. My friend John Driscoll and I caught up with them in the media tent following their set to chat about the upcoming album release and how they work together in the studio and on the decks. Click Read More to check it out! 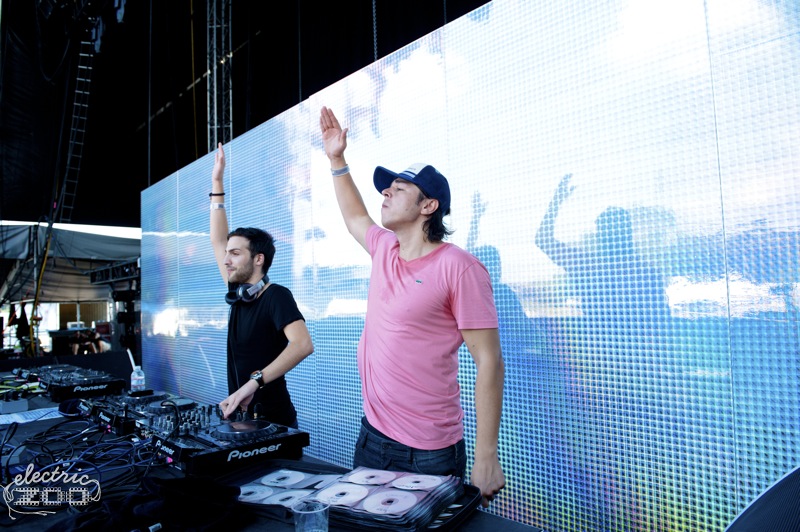 J-Brown:Â What is your favorite track to drop live?

Max: Â Weâ€™ve been playing a bootleg that is the instrumental to one of our forthcoming tracks from our album with the â€˜Sweet Dispositionâ€™ acapella over it and itâ€™s been working really well.

J-Brown:Â What do you like about the New York crowd? Do you feel most people are up for it and know their music?

AN21:Â The New York crowd is CRAZY! Â Everyone is so up for it! Â We love New York.

Max:Â Yea, most stages in Europe and other countries are pretty empty. Â Â Here, itâ€™s RIDICULOUS! Everyone is just so up for it and having a great time.

J-Brown:Â Tell us a bit about the new album. What genres do you guys explore? Other than Tiesto, who are the big collabs? I heard ‘People of the Night and it sounds huge.

Max:Â Well weâ€™ve made â€˜bangersâ€™ in the past so we know we can do that. With the album, we wanted to do something that was more artistic and consistent with the wide range of styles we like and can produce. Â On the album, we have collaborations with Tiesto, Steve Angello, Dirty South, Example and a few more. The toughest part is finalizing what will go on the album and putting all the pieces together so that it is the best it can be

AN21:Â Weâ€™ve got about 18 new tracks done, so now itâ€™s just a matter of selecting the best ones that we want to include on the album. Â Itâ€™s a really long process to make an album.

J-Brown:Â Whats it like to have Axwell, Seb and Steve as mentors? It probably can’t get much better than that…

Max:Â I hope that you accidentally mentioned Steve last instead of first! [laughs] Â Steve definitely comes first in terms of guiding our careers and has been instrumental to our success thus far, signing us to SIZE, etc.

AN21:Â Steve has guided us through every step of our careers so far. Â All three (Steve, Axwell, & Seb) have been unbelievable mentors to us and have guided us step by step along the way. Â You canâ€™t ask for better mentors.

J-Brown:Â You guys synch very well when DJing. Does this carry over into the studio?

Max:Â I think weâ€™re better in the studio than we are at DJing at the moment in terms of synching. Â The production was there from the beginning. Â DJing well together takes a lot of chemistry. Â We are definitely getting there.

AN21:Â It definitely takes time to synch well as DJâ€™s. Â In the studio, we have great chemistry and we are honest with each other, which is key. Â We have no problem telling each other â€˜This is SHIT!â€™ or â€˜I love this!â€™ Â It breaks your heart a bit at the time but in the long run itâ€™s the best collaborative relationship you can have! With DJing, Iâ€™d say we are almost there!

REVIEW: Phantom of the Cosmic Opera

Cosmic Opera came to New York City for two nights last week in the debut edition of the three-part series. Created with the idea…