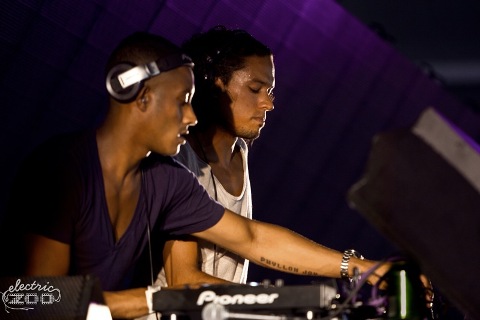 This will be the last installment of our Electric Zoo Festival 2011 coverage! I have saved the best for last. My buddy John Driscoll and I sat down with Sunnery James & Ryan Marciano following their set at the Hilltop tent, and it was a truly awesome experience. These guys were so cool and so excited that we knew their tunes, it was truly surreal. Then things got real crazy when AN21 sat down next to us and started asking the questions I had written! Sunnery and Ryan are busy guys! They played at LAVO with Erick Morillo the Thursday before EZF, they have releases on Size, Subliminal, and MixMash, and they have played Sensation events. I honestly think they are the next big thing. Here is what they had to say about NYC (and why it is better than LA for house music), how they work in the studio, and what is next for them!

J-Brown: What is your favorite track to drop live and why?

SJ: I would definitley say ‘Tribeca’. We love Erick Morillo and have always been huge fans of the music that comes out on Subliminal, so releasing ‘Tribeca’ on Subliminal was really exciting for us. I also love to play that record because the drop is so good! You can play it in the beginning of the night or the end of the night. 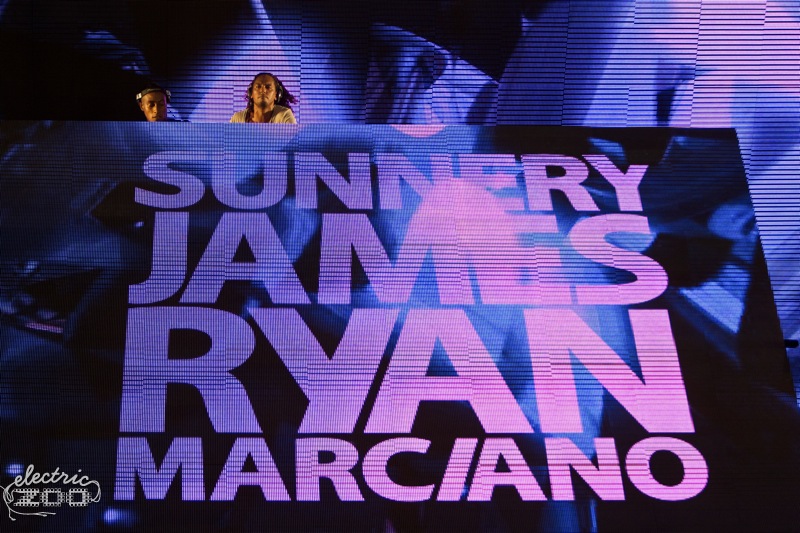 J-Brown:Â What do you guys like about the New York crowd? Do you feel like most people are up for it and know their music?

SJ:Â Â We have past experience playing in New York at places like Pacha NYC and LAVO, and both of Â those gigs were absolutely insane!Â  The crowd is always so into the music and so energetic.Â  At first when we came to the US, we thought that Los Angeles was the shit for house music.Â  After playing Avalon in LA, and now multiple shows in New York, the vibe in NY is way crazier!

RM:Â Â The NY crowd is amazing!Â  Everyone was just having such a good time and was so into it!Â  Yea LA is not the shit for House music!Â  New York is where itâ€™s at.

J-Brown:Â Do you find that you work better together as DJ’s or in the studio? It seems like you guys are really synched up there and work really well together. I am wondering if that carries over to the studio…

SJ:Â  I think we are better in the DJ booth at the moment.Â  Weâ€™ve booth been producing seriously for about 3-4 years now so we are definitely starting to work more quickly in the studio together.

RM: There is always lots of energy when we get into the studio together too.

J-Brown: Do you guys do all of your own mixing and mastering?

SJ & RM: Yes, we do all of our own mixing and mastering.

John Driscoll: I have a question of my own for you guys… Digital or Analogue?

RM: I’d say that we use the best of both worlds. For example, we produce a lot digitally but use analogue compression and processing.

SJ: Yes! We use SSL compression on everything.

J-Brown: How did the opening gig for Morillo last night compare to this set at the festival?

SJ & RM: We actually didn’t even know that we were going to be playing before Erick at LAVO until a couple of hours before the show. Our manager kept it a secret. The show at LAVO was incredible and it was an honor to play before Erick…The NY crowd loves us and we love them.

J-Brown: I am a big fan of ‘Tribeca’, ‘We Are’, and ‘Markuzza’. How much of an honor was it to have releases on Subliminal, MixMash and Size?

RM:Â  It feels amazing.Â  Subliminal, Size, and MixMash are all labels that we love, so itâ€™s an honor to have our stuff released on those labels.

J-Brown: Any plans for the rest of the weekend? Who are you guys excited to see?

***AN21 comes over and sits down with us, then takes the questions out of my hands***

AN21: Actually its A-N-Two-Two since it was just my birthday! I am gonna ask this question OK? Who are you guys excited to see today or the next 2 days?

SJ: Definitley AN21 & Max! I thikn that AN21 is super talented and they have really been smashing it lately. So I would love to see them play.

J-Brown: The biggest tune at EZF this year will be…

RM: I think it would have to be ‘Coming Home’ or some kind of big dubstep track.

….The End! For the record, this interview/hang out was probably the highlight of my weekend… 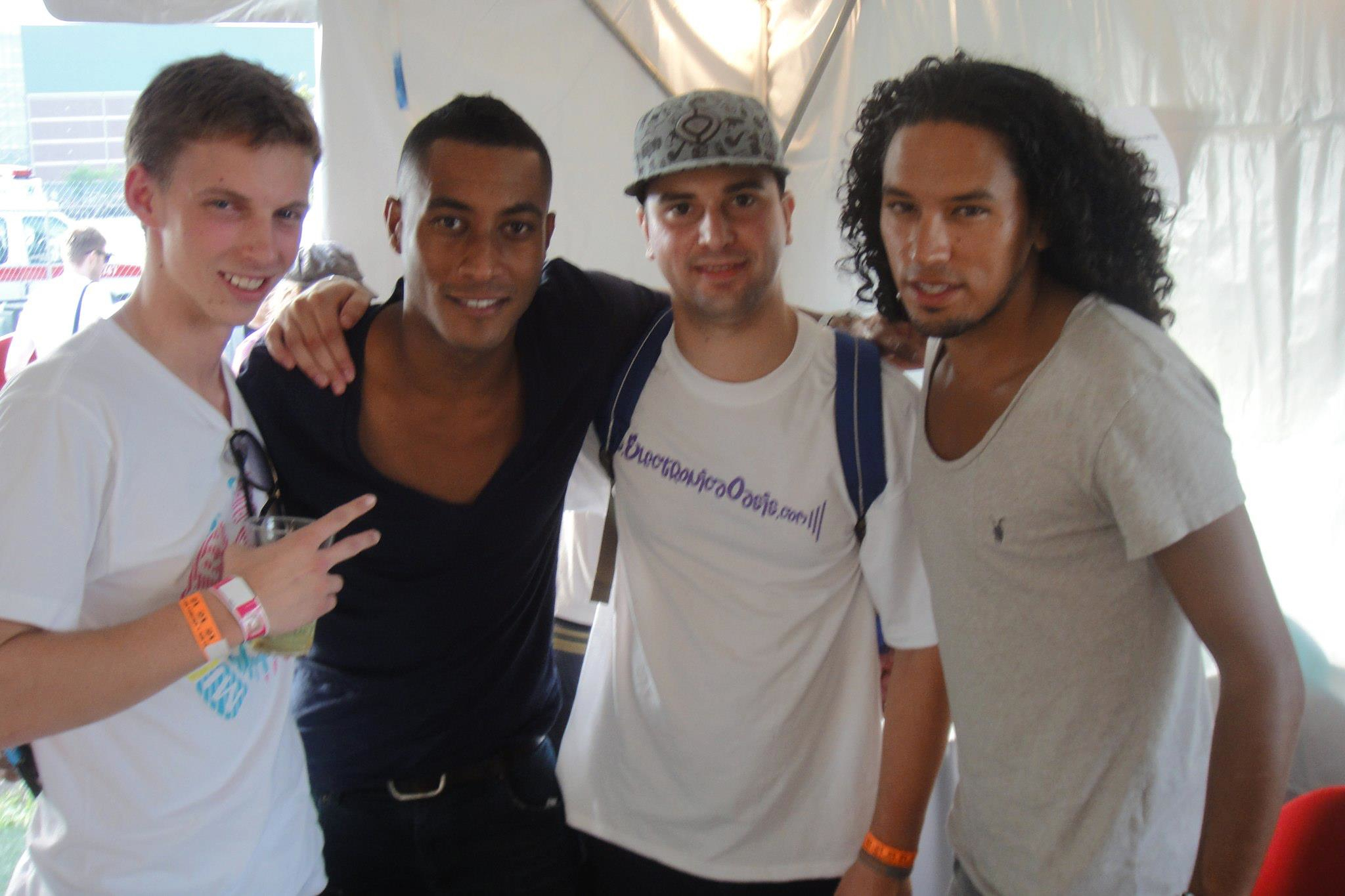 UMF Presents Full Length Movie ‘Can U Feel It’

For fans that make the annual pilgrimage to what can only be described as the mecca of house music, Miami Music Week, held every…