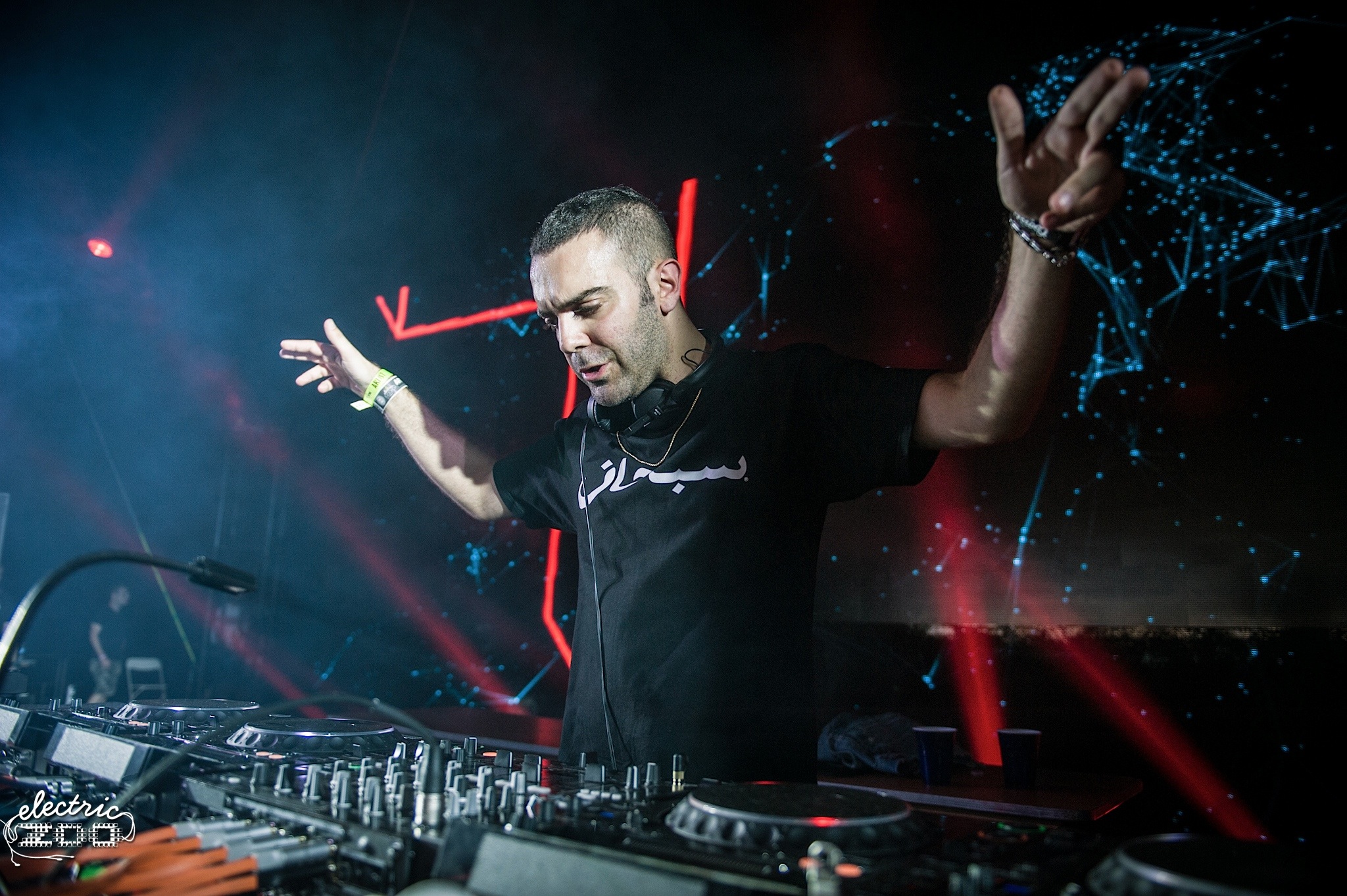 Congorock is in an elite group of producers (ie- Zedd, Wolfgang Gartner, etc) that has been able cultivate their own sound and consistently release good music at the same time . It is a remarkable feat in and of itself to have a style in which the average listener can mark a track as yours within 10 seconds of hearing it. Rocco Rampino has done just that, by mixing flawless percussion programming and immense ethnic sounds, Congorock has the electro-underworld and pop producers alike knocking at his door. Since his massive hit ‘Babylon’ in 2010, Rocco has released a string of hits that have been supported by everyone, from Mr. Oizo to David Guetta. Check out one of his big remixes below, and read on to hear about his relationship with Bob Rifo of The Bloody Beetroots, and how he got started in production.

“I am looking for my album to have a very wide, 360 degree range of styles. I don’t want just bangers anymore”

How do you like playing for the New York Crowd, especially in a festival setting? How does it compare to other crowds in the US?

Today was special because this was my first festival in New York. And so far I have only played in clubs like Pacha and Webster Hall. It is just a different experience but very very exciting. I think that the Italian festival crowd, the energy is similar to whats going on here. But people are more open minded to new genres of music here. I feel like I can play anything I want and people will still have a good time.

How did the collaboration with Sean Paul come about?

Â It came about after doing my track â€˜Bablyonâ€™, which had Mr. Lexx on it. Everybody loved the mix of electro and Jamaican sounds. And when I got signed to Ultra, they wanted me to collaborate with big artists. In the beginning it was just an idea, but suddenly it became a reality. I am really proud of this collaboration and I hope that people will like it.

What is your relationship like with Bob Rifo from The Bloody Beetroots? I have seen that video of you guys playing piano together.

Me and Bob met at the beginning of our careers. I was working at a record label and thatâ€™s how we met. He had his punk band that was signed to the label I was working for. We met and we found out we had similar tastes in electronic music. I wasnâ€™t a producer back then. I was just DJing for fun. When I showed him the demoâ€™s that I had on my computer, he was like â€œyo this stuff is good. Why donâ€™t you try and put it out.â€ He helped me a lot in the beginning. With lots of production tips. And then we always collaborated. We have played several shows together. We have been on the road together and shared so many important points of our career. And we are still planning to do more stuff together. It is good to have someone like him in my life.

Do you have any non dance music influences that you use in your productions?

Â If I am not doing dance music, I like to listen to other styles. You can hear some influences of ethnic music. In my song â€œMonolithâ€, it has a very long atmospheric intro. And I like to go on blogs and download whatever I think is interesting. Sometimes it is rock, sometimes its ethnic. For my next album, I am trying to mix these other styles. I want longer moments, not only bangers. I am looking for my next album to have a very wide, 360 degree range of styles.

Your tracks like “Ivory” and “Babylon” have this really massive feel to them. It is generally easy to tell that it is a Congorock track. How did you cultivate that sound?

Well I must say that those two tracks, in my mind before I started putting them together, I already had the main concept for those. With Babylon, I was trying to marry a hoover synth sound with a tropical groove. With Ivory, I just wanted to have elephant sounds in a track and I just put a fat kick drum in there. And it works! Sometimes the simplest ideas are better.

What has been your biggest accomplishment as a producer/DJ thusfar? And what do you hope to accomplish down the road.

With my productions, I just write for myself without thinking who is going to play it. Especially when I wrote Babylon, I didnâ€™t expect to get such support. From underground DJs likeÂ  Mr. Oizo, to David Guetta. That means the track is good and that was a big accomplishment. What I have done is universally good. I am trying to stand out in the dance scene.

Any new collaborations or originals in the works? I know that you just finished the Sean Paul record.

I am doing a track with Tommy Trash. He is one of my favorite producers. I am looking forward to collaborating with a lot of people. I have a lot of productions coming out. But I canâ€™t drop the other names because they are really big.

If you had the time, is there anyone else at the festival that you would go check out, maybe in the Sunday School tent? I know you and Marco Carola are both from Italy. Are you a fan of his body of work perhaps?

Marco Carola is one of the few Italian names that you can see at festivals anywhere in the world. I am really happy as an Italian to share this experience with someone else. He is obviously in a different scene, the techno scene. He has been around forever, and I have so much respect for what he does.

Afrojack conducted closing ceremonies last night for Pacha NYCâ€™s 6-year anniversary series. And he did so in grand fashion. On a mini tour of…