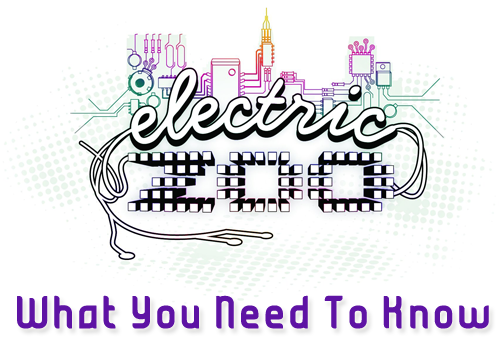 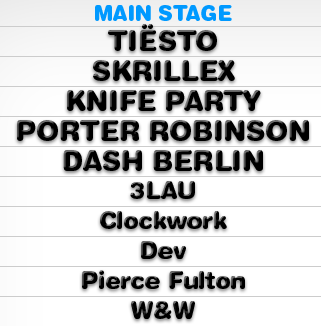 Unfortunately, all good things must come to an end, however, luckily for all the animals of Electronic Zoo, Sundayâ€™s Main Stage will certainly ensure that the weekend goes out with a bang (of confetti, most likely). The superstar studded lineup features some of the biggest names in electronic music, with each producer specializing in his own weapon. Though the stage will most likely be crowded, any one of the sets has the potential to show you exactly why they save the best for last. In order to prepare for the days leading up to the end, be sure to read up on our previous guides below.

Now check out our closing recommendations after the jump!

Porter Robinson – Even with TiÃ«sto, Skrillex, and Knife Party on the bill, if there is one DJ not to pass up on Sunday, or the entire weekend for that matter, it is the 20 year old Southern prodigy. Porter went from relatively unknown at last yearâ€™s Zoo to Main Stage this year, and for good reason; Robinson is a true student of the game, who can seamlessly drop tracks from Robert Miles to Flux Pavilion. In the midst of the â€˜press playâ€™ debate, Porter continues to push the limits of not only his own productions, but of his live sets, as he is constantly changing his song selection, which is integrated with perhaps the best builds and transitions in Electro House. Definitely DO NOT miss his performance, as it could easily end up being one of the best sets of the weekend.

Dash Berlin – This may seem like an obvious choice, but on a day with a very heavy Dubstep presence, the trance hot shot may accidentally be passed up by the wobble loving bassheads. Well known for his infamous â€˜dash-upsâ€™, Berlin is a festival veteran, who like Porter, has a spectacular ability to mix-in songs from many different genres. Just be prepared for the evitable chills, as Berlin is a master at crafting an emotive and moving set.

W&W- Armin van Buuren called this Dutch duo â€˜the rising stars of tranceâ€™, and not surprisingly, as they have been making big waves with their electro-infused tunes. Their current hit â€˜Moscowâ€™ is popping up in sets and podcasts from Above & Beyond to Ferry Corsten, and W&Wâ€™s harder style of trance will make them a very easy crossover artist for those who are used to the heavy stuff

3LAU- While his studio skills are undeniable, the popular mash-up artist is simply that, a mash-up DJ (though perhaps one of the best). His ability to layer track upon track is impressive, however, his song selection can be on the mainstream side, which will most likely garner a younger crowd (did I mention he played â€˜Call Me Maybeâ€™ at Spring Awakening Festival this June). It will be worth your while to skip the frat party and head to Adventure Club, who will be playing at the Hilltop area at the same time.

A preview of this chune was leaked a couple weeks ago where Garner acknowledged that Punx is in fact a tribute to Daft Punk….