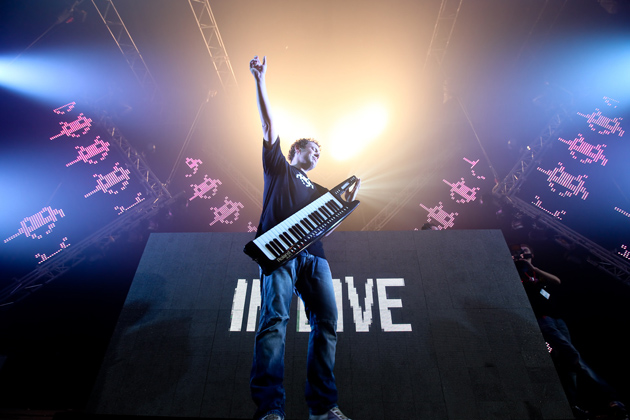 Joachim Garraud from Nantes France revolutionized EDM alongside David Guetta with the creation of ‘Fuck Me I’m Famous,’ in 2005. The french DJ, producer and remixer started his career in Parisian clubs and little by little, started to become a true globetrotter mixing for the worlds biggest clubs. His mascot ‘Space Invaders,’ is so appropriate to his obnoxious electro groove. Garruad’s ‘Zemixx‘ was nominated #1 podcast in 2006 and now has over 100 episodes, making it one of the most popular radio shows in the industry. Â His live performance really has it all; people in disguise with alien masks, an eye catching visual show and his funky synth guitar. For some high energy and true entertainment, head to the Red Bull Riverside to watch the legend in action.

httpv://www.youtube.com/watch?v=DpKXOUz5w-E&feature=player_embedded We are now less than 2 months away from Electric Zoo, the coveted dance music festival held in NYC that has improved considerably…