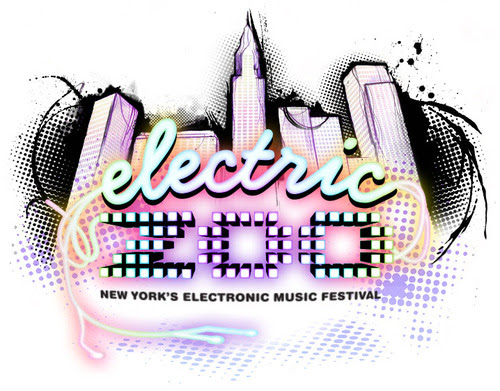 “We are incredibly excited to bring Electric Zoo back to New York,” said Mike Bindra and Laura De Palma, Co-CEOs of Made Event and creators of Electric Zoo. “Over the past five years, Electric Zoo has grown tremendously, becoming a critically acclaimed, internationally recognized music festival. The opportunity to again host Electric Zoo on Randall’s Island is a responsibility we take seriously, and we look forward to expanding our safety and security measures in order to further improve the concert experience for our fans.”

Security: Electric Zoo Festival has contracted with a leading security company and in consultation with that firm has decided to add the following features to its 2014 shows:
– Increased use of plainclothes undercover security officers; off-duty and former NYPD with a background in narcotics investigations.
– The addition of drug-sniffing canines to be placed at all entrances to the festival.
– The institution of background checks of all on-site vendors and employees.
– An increased security posture at the transportation staging areas; initial screenings will be done here.
– An increased use of clear and concise signage listing prohibited conduct and potential penalties.
– An increased and highly visible security presence at the various venues inside the festival.
– An even greater use of social media as it relates to event security.
– A security survey to be sent to each ticket purchaser.

Medical: With SFX’s purchase of Made Event in late, 2013, Electric Zoo was given access to leading medical experts, and established the following new protocols for this year’s show:
– Electric Zoo will provide electrolytes at little or no cost to concertgoers.
– Organizers will shorten the length of each day’s show.
– Consistent with past years, festivalgoers will have access to unlimited free water.

Messaging: Electric Zoo will develop a youth-oriented, holistic media campaign that will include:
– A robust PSA campaign developed by a youth-culture oriented marketing firm and featuring leading artists.
– A proactive social media campaign to put out a clear message on prohibited conduct and the inherent dangers of drugs, including but not limited to, Molly.
– A PSA that fans will be required to watch before they can validate their ticket.

All of these tactics were recommended by the Electronic Dance Music Advisory Board, a collection of artists, promoters, doctors, security experts, music reporters and drug-treatment organizations that Electric Zoo convened following last year’s tragedies.

In the coming weeks and months, Electric Zoo will announce its lineup and release a comprehensive guide to the festival to help assist attendees.

Sign Up for Pre-Sale Information: Made Events
For more info, please go to Electric Zoo.Com

Saturday night at Webster Hall is going to be big, with Henrix plus Dzeko & Torres taking the stage for a wild night of…