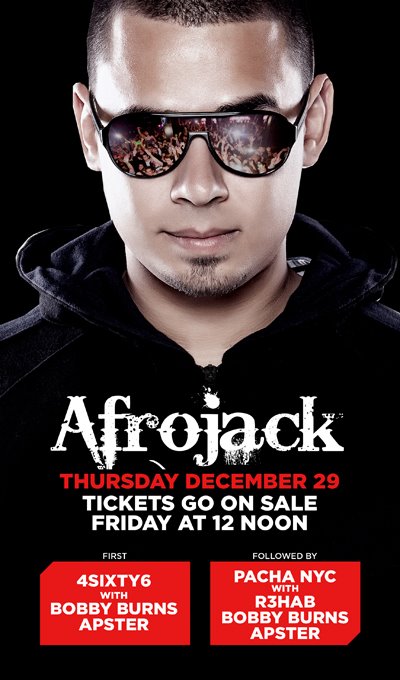 Finally Pacha has announced that Afrojack will headline the seventh and final anniversary show on Thursday, Dec. 29, an announcement that the venue has been promising NYC for weeks now. Joining Afrojack will be R3hab, whom EO saw at the third anniversary show, Bobby Burns and Apster. Now you don’t have to decide between Alesso and Afrojack on Dec. 30, clear choice: Afrojack Dec. 29 and Alesso the next day. Bam. Done! Tickets go on sale tomorrow at noon HERE.
AfrojackPacha

AN21 & Max Vangeli are slowly but surely becoming household names within the electronic dance music world. They have a new album coming out…