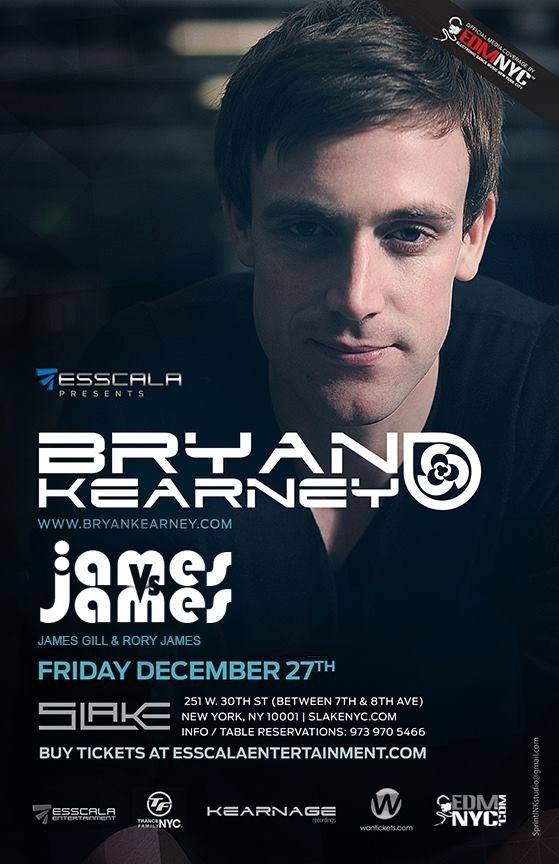 This Friday, 12/27, Bryan Kearney returns to New York City for the final time this year to spin at Slake. Known for his fast-paced, uplifting trance, Bryan Kearney is every trance addict’s ‘dream-come-true’ this holiday season (thank you, Esscala!). Local duo James vs. James, comprised of James Gill and Rory James, will join Mr. Kearney that evening as the opener.

Bryan Kearney’s tracks have been remixed by the likes of Giuseppe Ottaviani, John Askew, Activa and Heatbeat; moreover, he has been featured on John O’Callaghan‘s Subculture compilations. After spinning an exceedingly impressive 2012 EOYC mix, Bryan Kearney’s name received well-deserved traction that preceded the success he saw in 2013- including his first ASOT set on the ‘Who’s Afraid of 138?’ stage and a slot at EDC Las Vegas.

Tickets for the show are still available for purchase- we hope to see you there!

Kaskade vs. Tiesto, R3hab & Quintino – Chasing How It Is (Atmosphere Mash Up)

Legendary Kaskade releases a free mash-up download of Tiesto, R3hab, and Quintinos ‘Chasing Summers’ with his final track on the memorable album ‘Atmosphere’ ‘How…