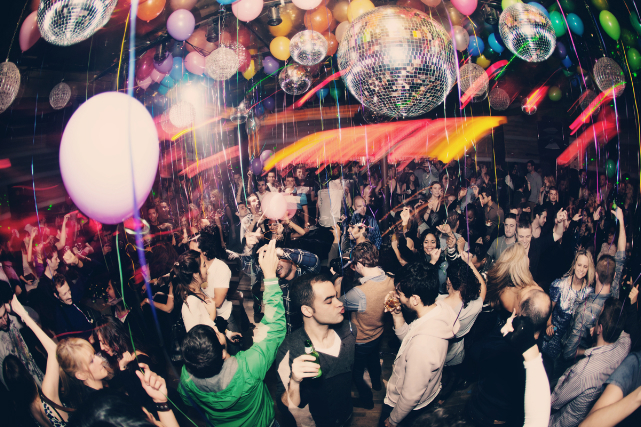 Normally, I would leave an event like this to be covered in our Weekend Beat feature, which outlines the upcoming shows for the week/weekend in and around the New York City area. With this particular show, I felt the need to draw attention due to the rarity of Cassy’s stateside appearance, and the fact that it is Cielo’s 9th anniversary! Cassy is right up there with Maya Jane Coles amongst the top female DJ’s, and she was even named a resident of Circoloco in Ibiza. Check out her Cielo mix below, which is some of the best deep house and techno I have heard in recent months, and read all about Cielo and the 9th anniversary celebration after the jump!

Cielo celebrates 9 great years in NYC’s chic Meatpacking District. Over the years, the club has defined itself as a global dance music brand with a successful compilation series, dedication to quality music programming and superior Funktion One sound in an intimate club setting. The 9th anniversary party will featureÂ Cassy, resident DJ at house music mecca Panorama Bar, along with Cielo residents Nicolas Matar and Willie Graff on Saturday, January 28th.
On the longevity and success of the club, co-owner and resident DJ Nicolas Matar says,Â “Cielo has been a labor of love from the very beginning for all those involved. Everything we do is for the love of dance music – from the sound, hospitality, lighting, and quality of music, all are designed to provide a superior night of clubbing.”
When first opened Cielo was a neighborhood pioneer in the Meatpacking District, establishing roots in an area best known for meat warehouses and transvestites. Â Since then the area has developed into a hub of designer hotels, fashion boutiques and high-end restaurants. To this day, the club has never strayed from its vision of being a music-driven dance venue and over the years established itself as one of the top clubs in the world. The venue’s one-room design and sunken dancefloor provides an intimate connection between the DJ and clubber that is unparalleled. The club Â serves as host for two of the longest running weekly parties in the U.S. The legendary Body & Soul doyen Francois K helms Deep Space Mondays and house music legends Â Louie Vega & Kevin Hedge host Roots Wednesdays. Over the last year, the club has also seen its share of global superstar DJs including, James Zabiela, Chris Liebing, Ben Watt, Roger Sanchez, Mark Knight & Nick Warren. Nine years from its inception, Cielo still strives for excellence, never straying from its original vision and constantly delivering as an international clubbing destination for both DJs and clubbers.
9th anniversarycassyCielo