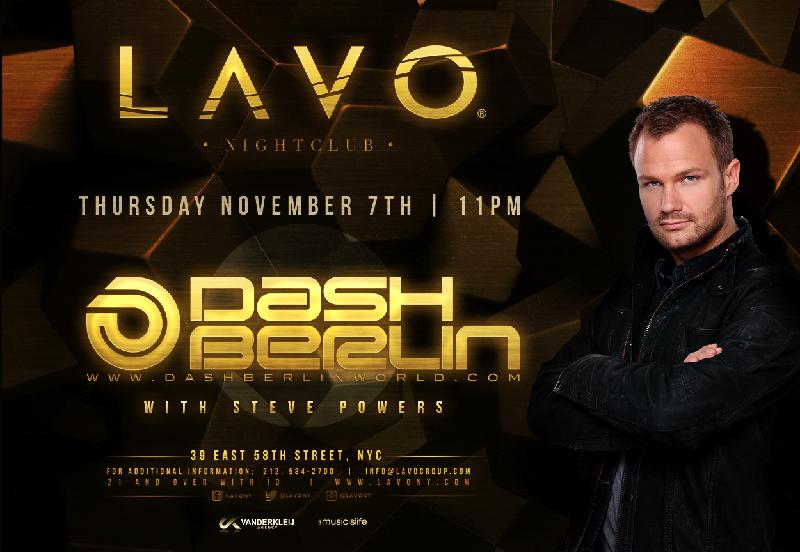 The DJ who stole our hearts with #MusicIsLife and The New Daylight will be returning to LAVO this fall on Thursday, November 7th. Dash Berlin, represented by the beloved Jeffrey Sutorius, has quickly established reign amongst the dance music community since forming in 2006 and releasing their first single ‘Till the Sky Falls Down‘ in 2007. Eelke Kalberg and Sebastiaan Molijn, the other two brains behind Dash Berlin, are no strangers to dance music, having formerly worked under various alias including internationally renown DJ acts Alice Deejay (Better Off Alone <3) and Venga Boys. Dash Berlin released #MusicIsLife #Deluxe this past summer, which is the remixed version of the hit original album. As if the songs were not already amazing, #Deluxe features masterful remixes of Dash’s tracks, bringing new light to their meaning.

Both Female and Male tickets are available for purchase and, until November 7th, we will be ‘Waiting.’ :)

And, now, for some house music. If you’ve been a fan of dance music for some years now, you may have one or two…