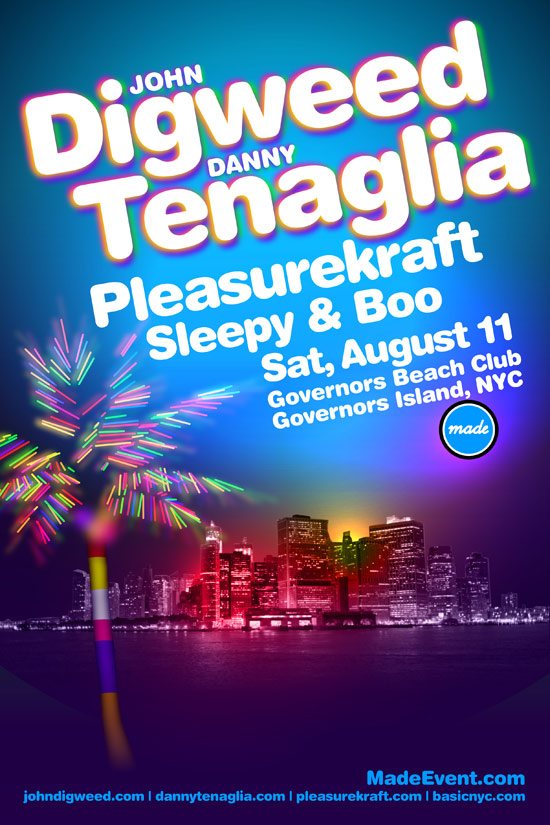 What an amazing booking by the dance music geniuses at Made Event. Danny Tenaglia and John Digweed are co-headlining a show on an island with a view of the Manhattan skyline. As if that wasn’t enough, tech house titans and extremely sought after production duo Pleasurekraft will be playing their first NY show of 2012. The timing of this show is impeccable: Digweed has just released his amazing Live in Cordoba album to critical acclaim, and Tenaglia is the perfect way to demonstrate that Governors Island is not simply a trance haven (it has seen the likes of Dash Berlin and Gareth Emery this summer).

Although this may seem like blasphemy, the most intriguing booking may be Pleasurekraft. Having produced one of the greatest dance music tracks of our generation, ‘Tarantula’, and also having just released ‘Skeleton Key’ alongside the legendary Green Velvet, this rare NY appearance is not to be missed. So get tickets HERE and hop on the early ferry!