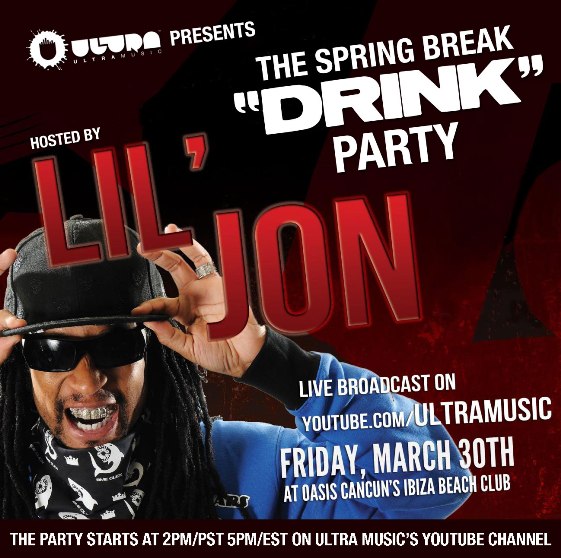 It’s a little known fact that Lil Jon, the rapper best known for timely ‘YEAHHHHHS’ and a diamond encrusted pimp cup, got his start as a house DJ in Atlanta. Perhaps his involvement in the electronic scene, including appearances at Ultra with Steve Aoki and Afrojack, makes a bit more sense now?

For all the working folks out there and those in school who aren’t indulging in spring break, get your party on with Lil Jon as he livestreams his LETS F***IN LOSE IT DRINK PARTY live from Cancun. Everything goes down today at 5 PM ET (2 PM PT) on Ultra’s YouTube channel www.youtube.com/ultramusic, Ultra’s Music’s website www.ultramusic.com, Ultra’s Facebook page www.facebook.com/ultrarecords and Ultra’s Twitter page www.twitter.com/ultrarecords.

UKF will returns to NYC this Saturday, Dec. 1 with a splash, as the brand hosts the official US launch of its bass heavy…