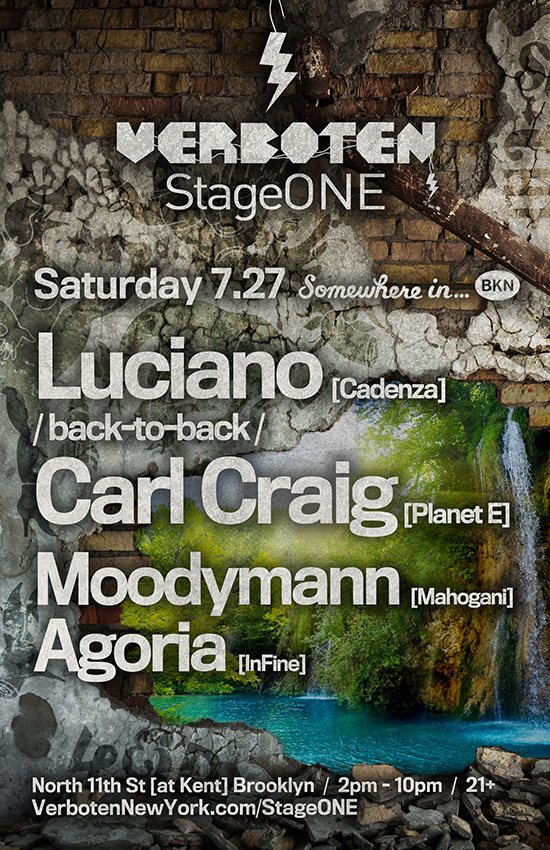 Verboten Stageone presents Somewhere in BKN: Luciano / Carl Craig / Moodymann / Agoria at The Williamsburg Waterfront this Saturday from 2-10pm. First of all, who doesn’t love seeing an outdoor show in the summer? Beautiful people, fresh air and dirty dance music. Agoria and Moodymann will be starting out the day, preparing the crowd for what will be one for the books.

Both all-stars in their own regard, Luciano and Carl Craig have been in the game since the early 90’s. Making this event even better because they will be playing back-to-back. Lucien Nicolet, aka Luciano, the fore-father of Cadenza Vagabundos is an established name in Ibiza with his Vagabundos crew. Luciano has created a unique sound that consists of minimal, smooth house sounds that make for a soothing lounge feel at times. Hailing straight from Detroit, Carl Craig, has not only established himself as a techno legend but also a well respected remixer. Craig wears many hats and Luciano adds a special aura that will make for quite the show.

Check out the July 4th Recap Video after the jump!