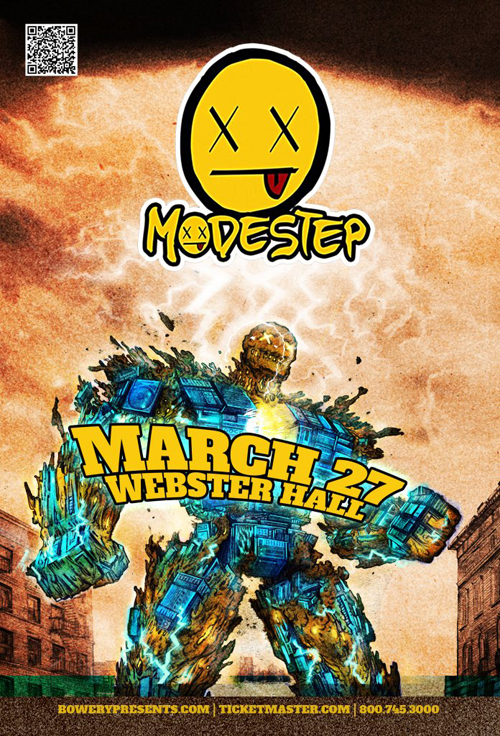 Modestep are a bunch of rowdy English boys who bring live instruments into the laptop dominated world of electronic music. And March 27th, they’re bringing it to Webster Hall. These guys aren’t Big Gigantic or Pretty Lights though; their sound is hard, aggressive and in your face. Over the last two years they’ve been putting out singles like the track “Sunlight” and the massive “Feel Good” the latter of which has an awesome music video. This past February they brought those releases and whole bunch of other music together to finally release their debut album Evolution Theory. The album features a number of big tracks with the fifth single from it to be released sometime soon and features Kindergarten Records young gun Popeska. Their live act is supposed to be epic and they’ve performed to hundreds of thousands of people already on their tour (they just played Ultra and are slated to play at Coachella as well). It’s tough to say that a group with over 50 million + plays of their music on youtube is on the rise, but they’re only going to get bigger. So don’t miss the chance to see them in an intimate setting like Webster. Because next time they come through New York, it’s going to be even bigger.

A lot of buzz online about the new Major Lazer record, Original Don featuring The Partysquad. Really great sound as always from Diplo and…