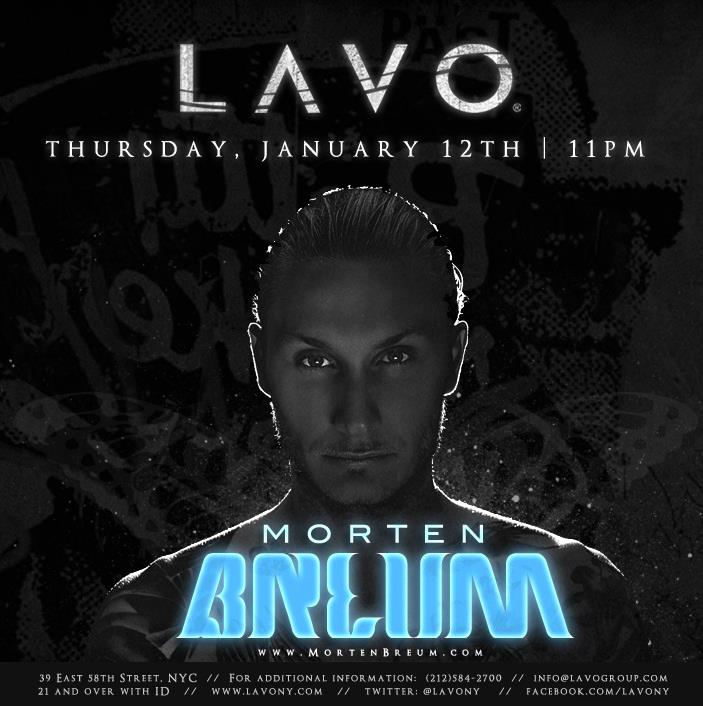 If you weren’t able to get advance tickets for Avicii’s fundraiser at Lavo next Saturday, try to get yourself there tonight for Morten Breum. You might have seen him at Lavo or Pacha on NYE, but I recently became obsessed with him (as in on Tuesday) and thus was overjoyed when I saw he would be spinning at Lavo again this evening. I have been cube raving all week to his mixes on his Soundcloud. And girls take note, he’s really, really hot. Like really hot.

After his latest original ‘Solar‘ and his remix of ‘The Flash’ (probably one of the biggest tracks at Ultra Music Festival this year), Nicky…