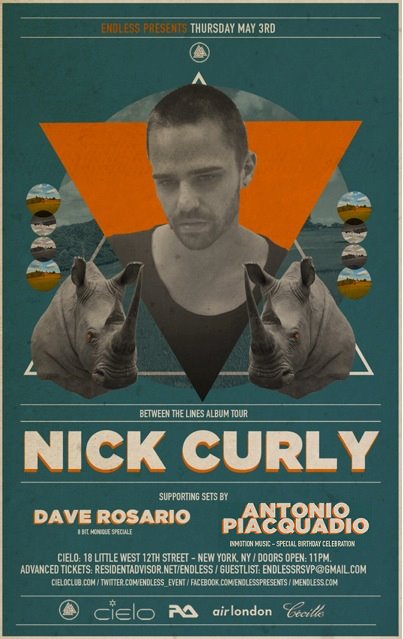 It’s as if Endless EventsÂ could do no wrong. The New York based party throwers have been on a roll with their events, which have featured the likes of Robert Dietz, Reboot and &ME. This upcoming Thursday they will feature Cecille Records boss, Nick Curly. Apart of his ‘Between The Lines’ album tour, the German producer comes to Cielo for a night of musical bliss. The supporting sets will be handled by New York locals, Dave Rosario and Antonio Piacquadio. For those of you seeking some musical education be sure to catch this event, for you will not be disappointed.

Big Bootleg. Yes, this is considered big room stadium shit. Perhaps the two biggest tracks of the moment mashed together into one seamless booty….